Redlands, California: Esri, the global leader in spatial analytics, on June 1 announced that its technology will be used for the first time in US Navy unmanned vehicle systems to improve how information is gathered before ocean and near-shore operations. Sensor data from maritime remote vehicles is uploaded into a command center where this information can be understood faster and more holistically than ever before. Esri technology knits Navy data together with structured analysis to enable better decision-making.

The Naval Meteorology and Oceanography Command (NMOC) will this week host an “Unmanned System Operational Demonstration” off the coast of Gulfport, Mississippi. RDML Timothy Gallaudet, USN, the Commander of NMOC, established a goal of the unmanned systems demonstration “to demonstrate Naval oceanography’s environmental support capability for Fleet and Joint unmanned systems (UxS) operations”.

Using Esri’s enterprise software, NMOC can now analyze collected data from the ocean such as water temperature, humidity, wind speed, and topography, all in near real-time. Navy commanders can make faster tactical decisions, better incorporating environmental conditions into operational plans. For instance, before deploying Marines onto a beach in a high-risk area, drones or other unmanned vehicles can perform reconnaissance on environmental conditions and even the presence of hazards such as land mines.

Esri’s mapping and analytics allow data captured from unmanned vehicles to be incorporated into the US Navy’s enterprise to provide enhanced operational intelligence. Before this innovation, marine measurements had to be done by skilled personnel who were covertly inserted into the field. This could be dangerous and costly. Additionally, the time spent to manually integrate data collected into charts took days to complete.

“The use of Esri’s platform represents a huge improvement in the operational impact of data collected by unmanned marine systems,” said Dawn Wright, Esri Chief Scientist. “We look forward to delivering critical situational awareness for the US Navy during missions. Never before has ocean-based reconnaissance intelligence been both authoritative and available in near real-time.”

NMOC is the US Navy’s premier scientific command, specializing in meteorology and oceanography, and has been using Esri technology since 1997. Esri’s advanced location intelligence technology in unmanned systems is on display at an Operational Demonstration in the Gulf of Mexico from May 30 to June 1, 2017, at the Combat Readiness Training Center, in Gulfport, Mississippi. 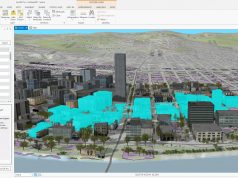 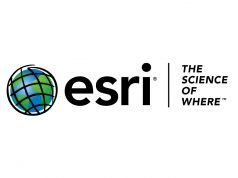