US: Esri announced the acquisition of ClearTerra technology on February 22. The deal follows plans to run Esri’s geo-database platform on SAP HANA.

The workflow software also is designed to free analysts from tasks like scanning documents and creating spreadsheets, automating the process of extracting geographical coordinates and presenting the results as geospatial features. The tool also provides Esri’s platform with an enhanced search engine.

ClearTerra, which has focused heavily on the military and intelligence markets, is a member of Esri’s partner program, providing its software to ArcGIS users via desktops, servers and the cloud. Jeff Wilson, former vice president for sales at ClearTerra, will now oversee Esri’s defense and intelligence unit.

The acquisition also will allow Esri to boost support for unstructured data on the ArcGIS platform as it expands beyond military, intelligence and public safety applications to include market segments like energy exploration and utilities.

The huge amounts of unstructured data containing geospatial data improves the chances of locating information about the planet. The trick is allowing users to scan the data in ways that go beyond traditional street address searches. The ClearTerra acquisition aims to speed the process of extracting location data and presenting it as usable GIS data on the Esri platform.

The company announced last month it would run the enterprise version of its ArcGIS geo-database on HANA, SAP’s (NYSE: SAP) in-memory data and application development platform. The integration is designed to boost performance and scaling with the goal of combining location with other enterprise data sets. Along with GIS and mapping applications, the partners envision advanced visualization and spatial analytics applications.

Esri’s ArcGIS platform is among a growing list of GIS databases that have filled the gap for storing geo-location data. The ClearTerra acquisitions expands that capability to handle unstructured data. 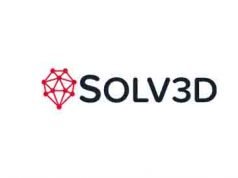