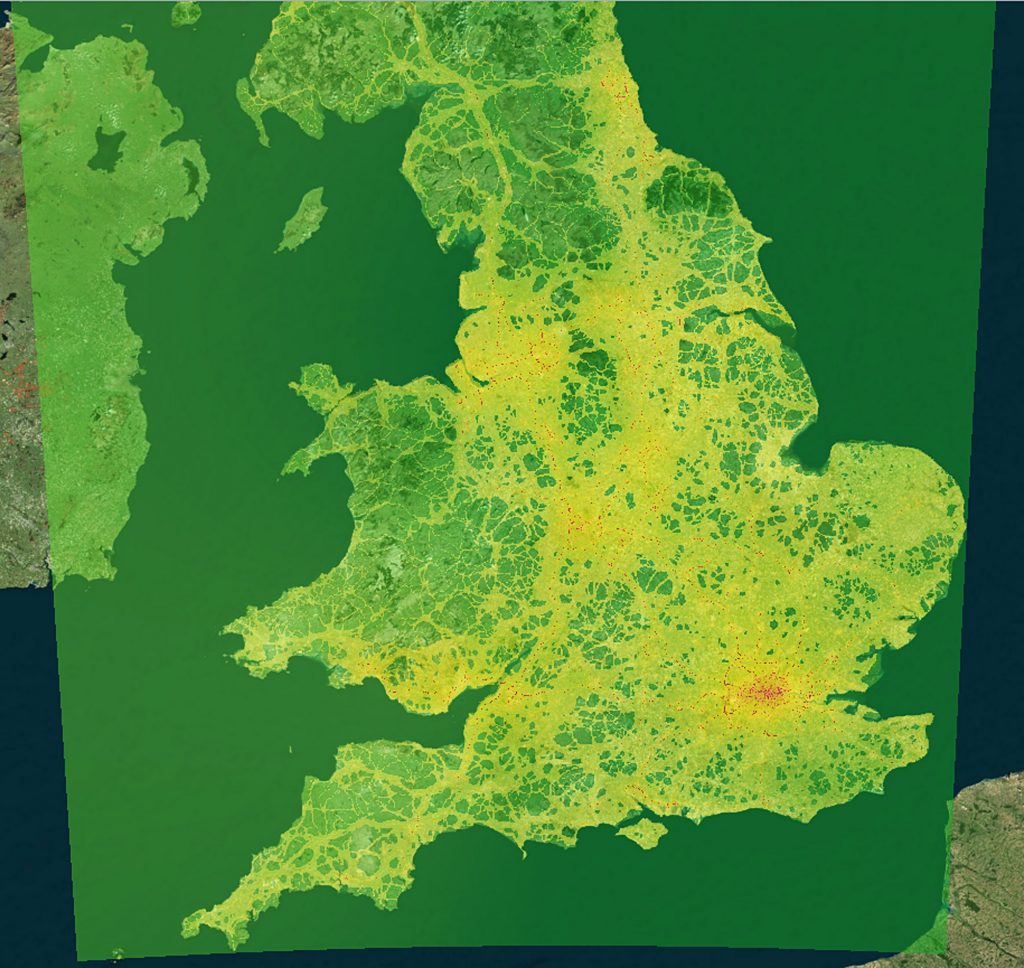 UK: MappAir – the first ever high resolution nationwide map of air pollution – has been updated to include PM2.5 small atmospheric particles that can get into the lungs causing serious health problems.

Created by EarthSense, the air quality monitoring, measuring and modeling specialist, MappAir 2.0 now includes PM2.5 as well as nitrogen dioxide levels for the whole of the UK at 100-meter resolution. EarthSense has used complex modeling techniques to create the highly accurate map combining data from satellites, its own network of Zephyr air quality monitoring sensors and other published datasets.

Particulate Matter (PM) is microscopic solid or liquid matter suspended in the Earth’s atmosphere. Sources of PM can be natural or man-made and they have impacts on climate and precipitation and can adversely affect human health. PM2.5, now included in MappAir 2.0, is defined as ultra-fine with particulate matter around 3 percent of the diameter of a strand of human hair. PM2.5 are so small they can only be detected with an electron microscope but can easily get into lungs contributing to respiratory infections, cardiovascular problems and even premature death.

“Feedback from existing users of MappAir, including the Fighting for Air campaign where we worked with the BBC and the King’s Heath community in Birmingham resulting in over 1.5 million air pollution map lookups, showed that while the original MappAir product was a first in terms of air pollution mapping there was scope for further development,” commented Tom Hall, Managing Director of EarthSense.

In addition to satellite and traffic data used in the original MappAir product, MappAir 2.0 uses the Government’s Automatic Urban and Rural Network (AURN) air quality data as well as non-traffic sources such as the National Atmospheric Emissions Inventory (NAEI). MappAir 2.0 also considers the effect of topology and includes factors which determine how pollution behaves for example slope.

“MappAir 2.0 is unique,” continued Hall. “There is no other product available that offers this level of detail in terms of resolution, data sources, validation and application. MappAir 2.0 provides access to NO2 and PM2.5 annual average data for the whole of the UK, right down to street corner or postcode level and now, another first, includes it owns combined air quality index for both pollutants.”

The combination of data sources used make MappAir 2.0 a sophisticated service that will be further enhanced to deliver nationwide near real-time, historical and forecasting abilities in subsequent releases.