UK: MappAir – the first ever high resolution nationwide map of air pollution – has been updated to include PM2.5 small atmospheric particles that can get into the lungs causing serious health problems. Created by EarthSense, the air quality monitoring, measuring and modeling specialist, MappAir 2.0 now includes PM2.5 as well as nitrogen dioxide levels for the whole of the UK at 100-meter resolution. EarthSense has used complex modeling techniques to create the highly accurate map…(Read More)

UK: Detailed 3D data captured using the aircraft-mounted laser is helping RPS Group plan, design and engineer a major overhaul of water supply in County Wicklow, Ireland. The Bluesky LiDAR data was used to assess various route options as water supply in the region south of Dublin is rationalized. The Bluesky data was also used to enhance topographical surveys in order to understand and mitigate the risk of flooding in relation to additional water supply infrastructure…(Read More)

US: On the road to developing autonomous technologies, perhaps nothing is more important than the vehicle being able to see the world around it. To help meet this challenge, Magna and its partner, Innoviz Technologies, will supply the BMW Group with solid-state LiDAR for upcoming autonomous vehicle production platforms.The new-business award, one of the first in the auto industry to include solid-state LiDAR for serial production, underscores Magna’s ability…(Read More)

Sweden: Håkan Frisinger Foundation for Means of Transport Research awards its 2017 scholarship to Professor Jonas Sjöberg, Chalmers University of Technology. The scholarship with an amount by 250 000 SEK, rewards Jonas Sjöberg for his extensive research work on safe autonomous vehicles with low emissions for a sustainable future. Jonas Sjöberg is Professor of Mechatronics and Head of the Mechatronic research group. He has successfully developed the area electromobility…(Read More)

US: Teledyne Optech has announced that Asia Air Survey Co. (AAS), Tokyo, Japan, has taken delivery of an ALTM Galaxy T1000 for use in their forest resource management initiatives, road and railway facility management, as well as slope stability monitoring activities. With 70% of Japan covered in mountains and hillsides, the country can be very susceptible to geomorphic hazards, such as landslides, often caused by seismic activity. To predict and mitigate these hazards, AAS plans to use the Galaxy…(Read More)

US: The wearable display market, the market is expected to reach USD 3.37 Billion by 2023 from USD 1.34 Billion in 2018, at a CAGR of 20.33% between 2018 and 2023. The increased use of flexible OLED displays in smartwatches, rising demand for OLED display for use in smart wearable devices, and technological shift and development of energy-efficient and high-specification display products are the major factors driving the growth of the market. Major players in the Wearable Display market…(Read More)

AI as a service market is expected to grow at a CAGR of 48.2%

US: The AI as a service market is expected to grow from USD 1.52 billion in 2018 to USD 10.88 billion by 2023, at a CAGR of 48.2% during the forecast period. The growing demand for AI-powered services in the form of Application Programming Interface (API) and Software Development Kit (SDK) and increasing number of innovative startups are some of the major factors that are driving the growth of the AI as a service market. The demand for intelligent business processes is growing across verticals…(Read More)

US: Bentley Systems, a leading global provider of comprehensive software solutions for advancing infrastructure, has announced the acquisition of Plaxis, the leading provider of geotechnical software, based in Delft, Netherlands, and the agreement to acquire soil engineering software provider SoilVision, based in Saskatchewan, Canada. The acquisitions, with Bentley’s market-leading borehole reporting and data management software gINT, serve to make Bentley a complete source…(Read More) 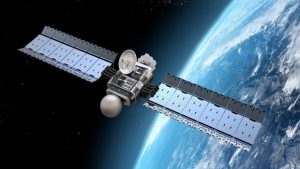 ISRO’s string of bad luck seems to be continuing. In yet another mission failure, the communication satellite GSAT-11, which was slated to be launched from Arianespace’s rocket port in Kourou in French Guiana, has been recalled for further technical checking. The satellite was to be launched in May, but Ariane Space has declared that the launch has been postponed until the satellite is thoroughly examined at ISRO’s facility in the Indian city…(Read More)