Goiânia, GO, Brazil, March 10, 2015- Goiania, the state capital of Goiás, must use drone as a combat tool for dengue mosquito outbreaks soon. Tests are being conducted to the equipment to be used as a "spy" of potential breeding of mosquito larvae. Although there is no deadline for the official start of use of equipment, which has yet to be bid, but the director of health surveillance of the Municipal Health Secretariat (SMS), Fluvia Amorim, believes in the viability. According to the director, climb on roofs and water tanks present risks to the agents and drones act as an auxiliary tool for "fly over these areas and find possible dengue mosquito outbreaks."

The suggestion was presented by businessman and aeromodeller Sergio Hezim. He said that, like other cities use this equipment in the fight against mosquitoes, thought to suggest the practice to SMS. In the first test, held on March 7, image quality and range capability has been verified.

The suggestion was presented by businessman and aeromodeller Sergio Hezim. He said that, like other cities use this equipment in the fight against mosquitoes, thought to suggest the practice to SMS. In the first test, held on March 7, image quality and range capability has been verified. “We were pleased. We were pleased. With the images in high definition, enables the agent to act only in places after the focus confirmation. Brings more flexibility, "says Fluvia.

The drone will be used in enforcement actions, especially in cases where the agents are prevented from entering the homes. The images captured by the equipment will be analyzed by the teams. The images can get pools without cover, water tanks, houses piles of garbage and other situations.

"The images will not be disclosed. Will only be used internally. We are determined to use all available technology to tackle dengue war. And we will spare no effort to do so. It is a matter of public health, "said Health Secretary, Paul Roitberg.

The drone will capture high-resolution images, which will be transmitted in real time to a tablet or smartphone. The equipment will be rented Aero 360 company. The images will be coordinated by GPS and facilitate the location of the address. The owners of critical identified properties will be notified and, if not correct the problems, may be fined.

For the use of drones, the Health Department will notify residents in advance. The equipment has already been used on 28 February in a campaign in central São Jose dos Campos and neighborhoods Bela Vista, Vila Maria, Vila Nova São José, Vila Santos, Vila Paganini, Jardín Jussara , Vila Kennedy, Corinthians and Martins Pereira.

"Other regions will also be monitored by the drone later. The sites will be chosen previously, as the risk index. There will always be prior disclosure of the shares, so that residents are not surprised by the overflight of the equipment," says the folder by note . 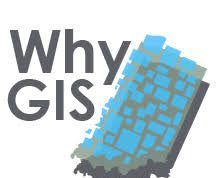