US: DroneDeploy, a drone software startup with the largest drone data platform in the world, today announced their Drone on Demand solution to unlock actionable drone insights for everyone. The solution lets customers plan a flight mission using DroneDeploy’s cloud platform—and then request a certified professional pilot from DroneBase, the largest global drone operations company, who will go to the site, perform the flight, and collect aerial data. It streamlines a complicated drone…(Read More)

UK: Oxfordshire-based Reaction Engines has secured a further £26.5 million to support the development of SABRE™ – a revolutionary new class of aerospace engine combining jet and rocket technologies. The UK Government has previously committed £60 million funding via the UK Space Agency and the European Space Agency to support the development of the project. The new strategic investors are Boeing HorizonX Ventures, the investment arm of the world’s largest aerospace company…(Read More)

Airbus has shipped SES-12 highly innovative satellite to launch base

US: The SES-12 all-electric communications satellite, built by Airbus for SES, has been shipped from the Airbus Defence and Space facilities in Toulouse, France, to Cape Canaveral, Florida. SES-12 is the largest and most powerful all-electric satellite ever produced. It is based on the highly reliable Eurostar platform in its E3000e variant, which uses electric propulsion for orbit raising (EOR). The related mass saving enables SES-12 to combine two high-capacity missions, equivalent to two…(Read More)

US: Teledyne Optech has announced that Software Development Manager Mr. Vinod Ramnath will present his paper, Total propagated uncertainty for Coastal Zone Mapping and Imaging Lidar (CZMIL) at the SPIE Defense & Commercial Sensing Conference in Orlando, Florida, April 15-19. In his presentation, Mr. Ramnath describes the various parameters that affect the positional accuracy of CZMIL’s lidar data, and incorporates them to create a model of its total propagated uncertainty (TPU)…(Read More)

Switzerland: senseFly, the industry’s leading provider of professional mapping drones and a commercial drone subsidiary of Parrot Group, today confirmed the appointment of its new CEO, Gilles Labossière. Labossière is the Executive Vice President and COO of Parrot Group, a position he will continue to hold as he focuses on boosting senseFly’s growth in the professional drone space. “I am excited by the chance to build upon senseFly’s leading position in the fixed-wing drone market…(Read More)

US: The leading global provider of high-definition maps for autonomous vehicles, HERE Technologies, has opened a new R&D facility in Boulder, Colorado. The site brings together experts in geospatial engineering, machine learning and data science to work on cutting-edge processes that enable HERE’s HD Live Map to “self-heal”. This is where crowdsourced data from live car sensors are used to validate and update the high-definition map, keeping it constantly fresh and accurate…(Read More)

US: Ball Aerospace completed the handover of NOAA’s advanced next-generation polar-orbiting weather satellite, the Joint Polar Satellite System (JPSS-1), to NASA following a successful satellite acceptance review. Launched on Nov. 18, 2017, JPSS-1, now known as NOAA-20, is the most advanced operational environmental system ever developed by government and industry, and significantly increases the timeliness and accuracy of forecasts three to seven days in advance of severe weather events…(Read More)

US: LeddarTech, founded in 2007, started in transportation systems with traffic management solutions, and from there evolved into a company focused on bringing technology and modules for integrators to develop and integrate LiDAR into their systems. “At LeddarTech we have two business units, divided between let’s say the mature automotive passenger market and the commercial vehicle market, so mainly working with Tier 1s and addressing OEM requirements for the automotive industry…(Read More)

Ghana: Ghana is willing to host the Africa Space Agency, an African Union initiative that will allow Africa to launch and explore the Space for improved technological advancement, the Minister of Environment, Science, Technology and Innovation, Professor Kwabena Frimpong Boateng has announced. The minister said that out of the five countries including; Ghana, Namibia, Ethiopia, Kenya and Egypt that are bidding to host the Space Agency, Ghana, located at the centre of the world and on the equator…(Read More)

US: Duck Creek Technologies has expanded its Partner Ecosystem program through a new relationship with Cape Analytics, a property intelligence company that uses AI and geospatial imagery to provide detailed information about properties across the United States. Cape Analytics and Duck Creek offer insight into the risks and values of properties in a revolutionary way – end users are able to make faster, more accurate underwriting and rating decisions without needing to leave a Duck Creek screen…(Read More)

When Shall The Twain Meet? – Exploring Connectivity between RPA and Geospatial Information

In the digital world, a relatively new and exciting technology has emerged and has the potential to revolutionise GIS (Geographical Information Systems). Popularly known as RPA or Robotic Process Automation, its true nature is its ability to handle high-volume of repeatable tasks previously performed by humans. RPA is being increasingly used for automating tasks such as queries, calculations and maintenance of records and transactions. Several Commercial Off-The-Shelf (COTS) products…(Read More) 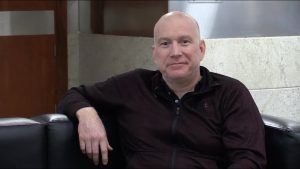 In an exclusive interview with the Geospatial World, Peter Rabley, Venture Partner of Omidyar Network explains how geospatial technology is helping the organization to do impact analysis. Rabley also shares his take on open data policy and security and privacy concern of it. Watch full interview…(See Here)