US: Sierra Nevada Corporation’s (SNC) Dream Chaser spacecraft will be on display for the first time, available for attendees of the 34th annual Space Symposium conference in Colorado Springs, Colorado to see the vehicle up-close. “The Dream Chaser spacecraft is going to bring new capabilities to low-Earth orbit, and SNC is thrilled to have a venue for people to see firsthand what a remarkable piece of engineering it is,” said Eren Ozmen, president and co-owner of SNC.  “SNC is proud to bring a runway-landing…(Read More)

Israel: Mahindra Defence and Aeronautics of Israel signed a Memorandum of Understanding to partner for Naval Shipborne UAVs. Aeronautics and Mahindra will offer a UAV system which can be launched and recovered from Indian warships. Aeronautics, a leading manufacturer of Unmanned Aerial Vehicle (UAV), is an Israeli public listed company, and is a key player in the defence domain. Aeronautics is the OEM of Orbiter series of UAVs which has been sold in many countries globally…(Read More)

US: TRAC Intermodal has joined the Blockchain in Transportation Alliance (BiTA), an organization for the development of blockchain standards and education for the transportation industry, with the goal of bringing together leading companies that are committed o developing blockchain technology.“TRAC Intermodal has joined BiTA to better understand the role that blockchain can play in improving transparency and creating greater efficiencies among all the stakeholders…(Read More)

Latvia: Atlas Dynamics, a next-generation aerospace company providing autonomous UAV solutions, today announced that the Atlas Pro professional drone has been named a 2018 Red Dot Award winner. Designers and manufacturers from 59 countries submitted more than 6,300 products for the Red Dot Award: Product Design 2018. The Atlas Pro distinguished itself throughout the evaluation process through its excellence of design and unparalleled capabilities. Dating back to 1955, the Red Dot Award…(Read More)

Israel: The Israeli-based aerostat company RT LTA Systems Ltd. has signed a leasing agreement with the government of a leading European country, under which the company will provide it’s SkyStar 180 Aerostat system for 6 months. The leasing agreement includes an option to extend the leasing period in additional 30 months, as well as an option to purchase the aerostat system. The SkyStar 180 aerostat system will be used for protection of the country’s armed forces in various missions…(Read More)

NASA’s Space Technology Mission Directorate’s Flight Opportunities program, six promising space technologies have been selected to be tested on commercial low-gravity-simulating aircraft and suborbital rockets. The opportunity to fly on these vehicles helps advance technologies closer to practical use by taking them from a laboratory environment to the real world. “The selected institutions will be able to demonstrate their technologies that are of interest to NASA in a much more realistic environment than what can be done using ground-based simulation facilities,” …(Read More) 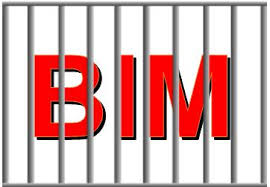 The construction industry is rapidly going digital, with BIM becoming an important part of it. BIM is allowing more intelligent use of resources and optimization of workflows, leading to productivity and profitability. The benefits that BIM offers to construction are limitless, but even then the adoption is not happening at the pace desired. BIM adoption is seeing an increasing trend as more and more decision-makers are able to understand how by virtually prototyping the building to be constructed, they can review…(Read More)

Technology is known to bring in innovations; making us live a smarter life. Smarter people prefer smart things, which can understand their needs and act on its own. To meet the expectations of the new generation, intangible things are also rejuvenating themselves. We now prefer to live in cities where almost everything is automated, a city which is so well connected that things happen seamlessly. This is the vision the entire world is following. With the Smart City Initiative, many cities…(Read More)

How is LiDAR used for Autonomous vehicles? 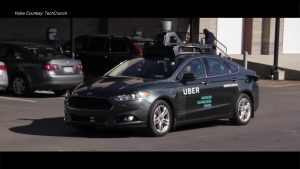 Self-driving cars are now a reality. Take a look around. Cars are already driving themselves on the roads of California, Texas, Arizona, Washington, Pennsylvania, Michigan and many more cities. Though, currently, they are restricted to specific test areas and driving conditions. But how exactly do they work? Just like humans they also face issues of traffic congestion, rash driving, potholes, trees and other obstacles on the road. But again…How do they change lane…(See Here) 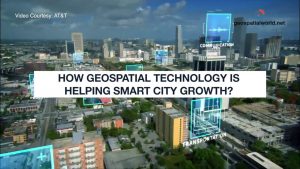