India, November 10, 2014: In the recent cabinet rejig, Dr Harsh Vardhan has been handed over the responsibility of the Ministry of Science & Technology and Earth Sciences. Addressing media, Dr Vardhan said, “Today is World Science Day for Peace and Development – a time to renew our pledge to consolidate the bridge between science and society.”

The Minister said the Department of Earth Sciences would play a significant role in developing India’s self-sufficiency in knowledge systems. “I will put research into better monsoon and weather prediction and all other activities into mission mode,” he said.

In addition, YS Choudhary has been appointed as the Minister of State for Science &Technology and Earth Sciences. Dr Vardhan takes over the responsibilities from Jitendra Singh, who has been given the independent charge of the Ministry for the Development of the North Eastern Region. 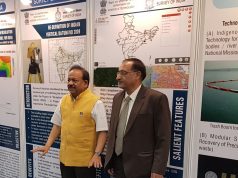