Philippines: The Department of Science and Technology (DOST) on Wednesday launched an open platform on Wednesday. The platform is launched to access flood hazard maps. It is notable that according to a United Nations’ report, Philippines is among those countries that have faced a large number of disasters in last 20 years.

Therefore, the DOST so far has invested P1.6-billion program to complement other disaster mitigation efforts by the government, including the University of the Philippines Disaster Risk and Exposure Assessment Mitigation (UP DREAM) Project.

The UP DREAM aims to map flood hazards with the use of the state of the art technology of Light Detection and Ranging (LiDAR), a remote sensing technology that uses pulsating layer maps to acquire elevation data.

The data will be archived and made available in the newly-launched LiDAR Portal For Archiving and Distribution or fancifully called the LiPAD. UP DREAM Program Leader Dr. Enrico Paringit said the goal of the site is to provide and generate the geospatial data, which can be accessed in just a few mouse clicks.

"There's a clamour for these information and datasets that we have so far gathered under the program to be disseminated to a greater number of parties concerned," Paringit said. The web portal is created to support the distribution of massive data that the LiDAR has gathered so far. 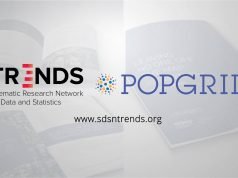