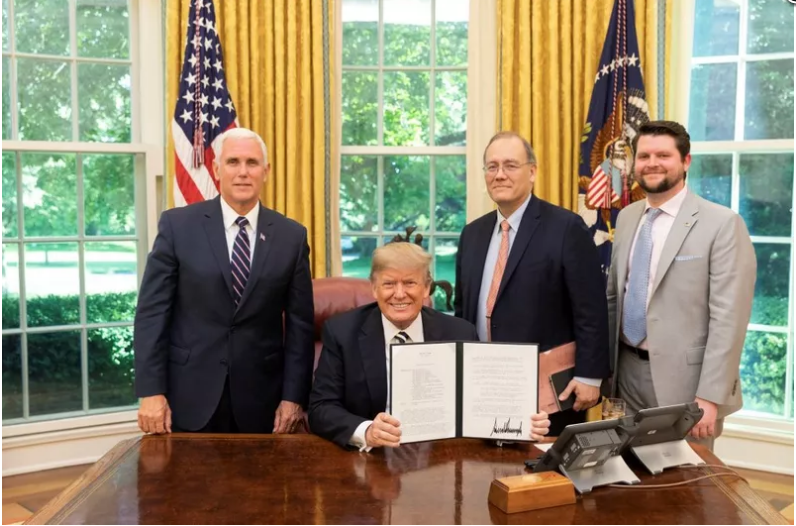 The main aim is to update what Trump calls outdated space policies. The framework is aimed mainly at ensuring American leadership in outer space.

The new rules direct the Secretary of Transportation to set up a new system to manage the launches and landings of commercial spacecraft. The Commerce Secretary has 30 days to create a one-stop shop to administer and regulate those flights.

“This time, we will not only plant our flag and leave our footprint. We will establish a foundation for an eventual mission to Mars,” Trump said in a statement from the White House.

Vice President Mike Pence, said, “President Trump today signed Space Policy Directive-2 implementing four recommendations made by the National Space Council on February 21, 2018 at the Kennedy Space Center in Florida. This directive will encourage American leadership in space commerce by creating more certainty for investors and private industry, while focusing on protecting our national security and public safety. As President Trump says, “We’re a nation of pioneers, and the next great American frontier is space.”

As per a White House release: