US: Earth imagery and information provider, DigitalGlobe, has announced that the U.S. National Geospatial-Intelligence Agency (NGA) has renewed the Global Enhanced GEOINT Delivery (Global EGD) program under the EnhancedView contract.

“DigitalGlobe has been a trusted mission partner of the U.S. Government for more than a decade, and we are proud to continue providing access to the satellite imagery that enables U.S. troops, intelligence analysts, and first responders to make critical decisions with confidence,” said Jeffrey R. Tarr, DigitalGlobe’s President and Chief Executive Officer.

As with previous contract years, numerous features will be added to deepen support for government missions under Global EGD. These include the addition of shortwave infrared imagery (SWIR) and 8-band multi-spectral imagery, e-mail alerts of new collections over a user’s area of interest, and improved archive ordering. 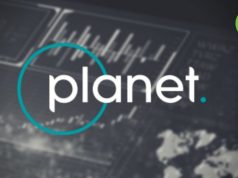