US: It was a week full of hustle for DigitalGlobe and MDA. After the announcement of acquisition (Read the Full Analysis) and the fourth quarter results by MDA, DigitalGlobe Inc. (DGI) also reported its financial results for the full year and fourth quarter that ended December 31, 2016.

DigitalGlobe expects full-year revenue in the range of $840 million to $865 million. DigitalGlobe shares have climbed 19 percent since the beginning of the year. The stock has more than doubled in the last 12 months.

It also reported a fourth-quarter loss of $9.3 million, after reporting a profit in the same period a year earlier. On a per-share basis, the Colorado-based company said it had a loss of 17 cents. Earnings, adjusted to extinguish debt, came to 19 cents per share.

Jeffrey R. Tarr, CEO, DigitalGlobe said, “We wrapped up a solid year on a high note with our successful launch of WorldView-4 and the completion of the Radiant Group transaction (Read the Full Analysis). Our improved results reflect solid execution against our strategy for shareowner value creation and position us well for 2017. We look forward to continued profitable growth as we expand our International Defense and Intelligence business with assured access to our newest high resolution satellite, develop new commercial use cases, expand our rapidly growing geospatial big data analytics platform, and realize the full potential of our services business with the addition of Radiant. Furthermore, we are pleased to have reached an agreement to combine with MDA as we separately disclosed today.” 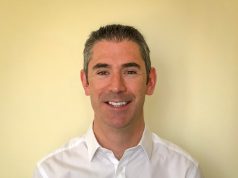