US: Laser Technology solutions fulfil a variety of mapping and measurement needs all over the world, and LTI recently donated a TruAngle mapping accessory to help Engineering Ministries International (eMi), a U.S.-based nonprofit Christian ministry that develops facilities serving the poor in developing countries, with various projects around the world. Most recently, the TruAngle was used to help design a much-needed medical clinic serving a small community lacking such services in the Dominican Republic.

Because of long-standing strife between Haitians and Dominicans, impoverished Haitian workers in the Dominican Republic often do not have access to healthcare. A local Christian education organization, the Colegio Evangélico Moriah, envisioned a community hospital that would provide medical services not only to Haitians without access, but also to the local Dominicans in need of treatment.

The Colegio Evangélico Moriah is a pre-kindergarten-through-12th-grade Christian school serving needy Haitian and Dominican children near San Pedro de Macorís, Dominican Republic. With many in the Las Colinas community – primarily a Haitian village on the outskirts of San Pedro de Macorís – having no access to any type of medical services, Colegio Evangélico Moriah sought to expand its ministry and deliver essential healthcare to the Las Colinas community.

Colegio Evangélico Moriah asked eMi to create a conceptual design of a 30-bed clinic and medical services facility for Las Colinas. The project scope also was to include eMi’s recommendations regarding site drainage, water and sanitation systems, electrical supply and distribution systems, and a site master plan for future expansion, all of which required comprehensive surveying.

Having designed more than 1,000 schools, hospitals, orphanages and clean water projects in 90-plus countries since 1982, eMi travelled to the Dominican Republic in September to start on the project. To assist with this and other future surveying needs, LTI donated a MapStar TruAngle mapping accessory that complements the TruPulse laser rangefinder eMi already owns and has used for projects in other developing nations. The TruAngle provides a horizontal angle reference and is not vulnerable to local magnetic interference, so it helped eMi survey the site for the hospital with the utmost position accuracy.

With this laser rangefinder and mapping system, eMi crew members could develop complete mapping and surface modeling without having to occupy multiple locations. The eMi design team was able to quickly create a drawing based on the survey information gathered using the TruPulse and TruAngle system, which was able to survey the 140-meter-long site with just a single setup.

Most notably, the TruPulse and TruAngle laser measurement was able to take accurate shots without a reflector or worry of magnetic interference, which enabled eMi to capture more shots of existing ground in less time. It also allowed the eMi team to shoot nearby building corners without disturbing the neighbors. Since land disputes are common in developing parts of the world, strangers setting up reflectors on residents’ properties can be points of contention in many communities.

“The TruPulse/TruAngle laser measurement system was a huge help in surveying the site for the hospital,” said Bob Smith, surveyor and project leader at eMi. “Simplifying the entire process and allowing our team to efficiently gather critical data points helped eMi deliver the site plan to expeditiously move the project forward. The TruAngle accessory will continue to assist eMi in its missions for years to come.” 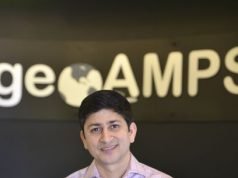