China: Following the successful launch of a pair of BeiDou satellites on Jan. 11, China has launched two more navigation satellites into medium Earth orbits on Monday. A Long March 3B rocket with a Yuanzheng-1 upper stage lifted off from the Xichang Satellite Launch Center, Sichuan Province, at 13:03 local time (05:03 UTC), according to gbtimes.com. The launch had been set for the same window on Feb. 10, but was delayed by the visit of Chinese president Xi Jinping to the launch site…(Read More)

The EDRS–SpaceDataHighway has now begun regularly relaying Earth images from Sentinel-2A, which marks the last of four Copernicus satellites in orbit being brought under the EDRS service. After several months of rigorous testing, the system has added the last ‘colour vision’ Sentinel to the list of Sentinels it serves, bringing the satellite’s vibrant images to Earth faster than ever and completing the full set of four. The European Data Relay System (EDRS) will be a unique system of satellites…(Read More)

To break its last year’s record of the world’s fastest drone, the Drone Racing League (DRL) is working with BMW. The automobile company will loan its technical expertise and wind tunnel at its Aerodynamic Test Center to help the league break the 165.2 mph Guinness world speed record it set with its DRL RacerX drone. BMW is also bringing a DRL race to its BMW Welt exhibition center and museum in Munich, Germany. The Drone Racing League has grown rapidly, thanks to a deal with ESPN and new…(Read More)

UK: A unique countrywide map detailing the location, height and canopy cover of tree locations is helping the UK’s Tamworth Borough Council protect important amenity trees in the borough. Tamworth is an eight-time gold winner of national Heart of England in Bloom competition and the Bluesky National Tree Map is helping the Council identify, manage and protect trees, including those subject to Tree Preservation Orders and other planning constraints. The treemap data is accessed via the authority’s GIS…(Read More)

US: Portable ground antenna stations could transform NASA’s space communications capabilities. With access to undeveloped regions, the mobile systems could bolster the return of spacecraft science, instrument health and other data to Earth. NASA and ATLAS Space Operations, based in Traverse City, Michigan, are collaborating to test and develop this technology. The company’s compact, Internet-managed antenna system called ATLAS LINKS will undergo testing at NASA’s Goddard Space Flight Center…(Read More)

India: British market research agency Juniper Research has listed Bhubaneswar among the top 20 best performing smart cities in the world, reported the Indian daily Telegraph. Bhubaneswar is the only Indian city to be included in the list. The study focused on four broad areas such as mobility, health, safety, and productivity. Bhubaneswar ranked 13th on the safety parameter while it came at 20th spot on mobility, health and productivity. The study, titled Global Smart City Performance Index-2017…(Read More)

Sweden: Hexagon AB has announced the acquisition of AGTEK, a leading US-based software company specializing in planning and productivity solutions for the heavy civil construction industry. With headquarters in Livermore, California, AGTEK is the pioneer of 3D takeoff (cost estimation) software for civil construction and the developer of the widely used Earthwork 4D, a complete takeoff, modeling, and production tracking solution for civil contractors. AGTEK’s products are aimed at streamlining…(Read More)

US: Swift Navigation, a San Francisco-based tech firm that is building centimeter-accurate GPS technology for autonomous vehicles, has released the latest firmware upgrade to its flagship product, the Piksi Multi GNSS module. Firmware update 1.4 is the fourth improvement since Piksi Multi began shipping one year ago. The firmware release also enhances Duro, the ruggedized version of the Piksi Multi-receiver housed in a military-grade, weatherproof enclosure designed specifically…(Read More) 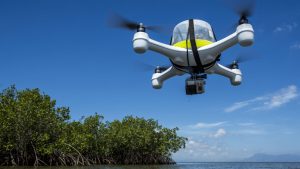 No two mapping projects would be exactly the same. The underlying difference lies in the cartographic techniques, projection mechanism, terrain and topography of the region to be mapped and the use of equipment. These days’ drones are increasingly being used for aerial mapping to enhance precision and attempt to nullify error margins. However, even with drones, there are some challenges and not all camera-mounted drones can be used for aerial mapping. Therefore selecting the right drone according to the mapping requirements…(Read More) 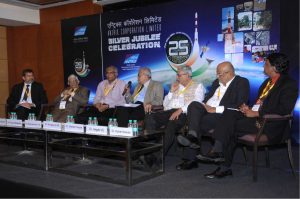 On the occasion of Antrix Corporation Limited’s Silver Jubilee, a panel discussion on remote sensing was held in Bengaluru in the later half of the year 2017. The topic chosen for the panel discussion was “Remote Sensing Business Opportunities in the Era of Free and Open Data Access’’. Dr. Ranganath R. Navalgund, former Director of the Space Applications Centre (SAC)/ISRO and the National Remote Sensing Centre (NRSC)/ISRO, currently Honorary Distinguished Professor at ISRO; Dr. Arup Dasgupta, Former Dy. Director,…(Read More)

These small satellite start-ups are transforming the Earth Observation industry 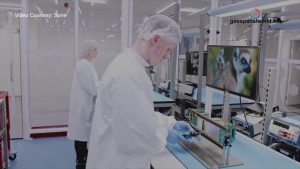 How are small satellites start-ups transforming the earth observation industry? According to Euroconsult’s latest report, Prospects for the Small Satellite Market, the total market value of smallsats could reach $30.1 billion in the next ten years, up from $8.9 billion over the previous decade. Over 6,200 smallsats are expected to be launched over the next ten years, driven by the roll-out of multiple constellations accounting for more than 70% of this total, mainly for commercial operators…(See Here) 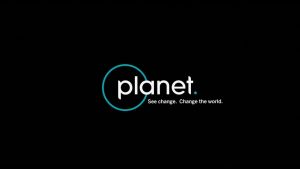 Fernando Carrasco of CARTO explains the importance of Location Intelligence 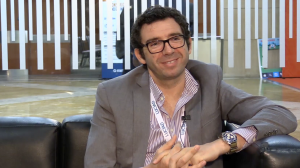 In an exclusive interview with the Geospatial world, Fernando Carrasco, Managing Director of Asia and Oceania region of CARTO explains the importance of location intelligence. Carrasco believes that from banking and insurance to businesses or infrastructure projects like smart cities, location intelligence is creating an operational efficiency in every field. Now, it is also creating an ecosystem of innovators and startups companies. Watch full interview…(See Here)