US: Focusing on the autonomous and high-tech solutions, automotive company Delphi has signed a partnership with Innoviz, an Israel-based technology company that is developing LiDAR for autonomous cars. The partnership includes a new minority investment from Delphi in Innoviz, the full financial details of which have not been released.

The commercial partnership with Innoviz includes integration of its LiDAR sensors into Delphi’s autonomous systems, with the intend of offering a mass commercial offering to the automotive industry that can provide SAE Level 3 and Level 4 self-driving capabilities.

LiDAR’s a key ingredient in most self-driving setups, since it provides extremely accurate, high-detail 3D depth maps of a vehicle’s surroundings. Innoviz has been focused on creating LiDAR that takes up less space than existing solutions, while also coming in at more reasonable price points. Currently shipping industry-leading solutions from other LiDAR suppliers like Velodyne are prohibitively expensive for inclusion in consumer vehicles.

Innoviz has revealed a solid-state LiDAR design it hopes to bring to vehicles as a production sample by early 2019, and it revealed a developer aftermarket version that it’ll ship earlier called InnovizPro to help automakers prepare for its inclusion. Global supplier Magna is also planning on using Innoviz LiDAR in its own autonomous driving systems, the company announced late last year. 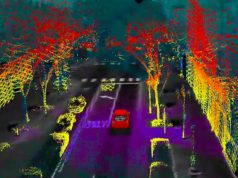