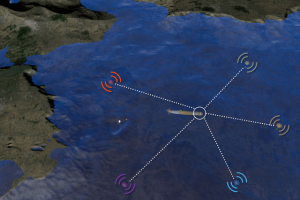 US: Taking the problem of underwater navigation into consideration, the Defense Advanced Research Projects Agency (DARPA) is accepting proposals for developing an underwater acoustic system. The system will act as a positioning system for Deep Ocean Navigation. The project has been nicknamed as Posydon, and it could be the key to more accurate underwater navigation.

As for now, people across the world rely on high frequency radio waves to transmit their location data, but those waves can’t penetrate more than a few inches beneath the surface of the ocean. Submarines making long journeys are forced to surface while at sea in order to sync up with GPS satellites, which isn’t a viable option for subs executing stealth missions.

In the absence of GPS, submarine personnel are forced to process complex calculations based on speed, distance, and direction, alongside environmental factors like ocean currents. An acoustic signal system would be much more efficient, according to DARPA. Sound waves travel at much lower frequencies than GPS radio waves, so they would be functional at submarine depths.

Whatever system DARPA chooses will most likely rely on underwater transmitters anchored to the ocean floor, which would ping sound waves throughout a defined area so that submarines could assess their location more accurately.

Mostly, proposals on the DARPA project will determine how many beacons are required for accurate acoustic positioning, and what transmitter technology would work best in the military system. Reliable acoustic transmissions will depend on a detailed understanding of the way sound waves move through water, as factors from currents to sea temperature change the underwater landscape.

Technologists will also be required to take into account the impact of introducing sound waves to whale populations and other members of the natural marine ecosystem.