The Netherlands: CycloMedia Technology, one of the providers of large scale street-view images and software, has released new version of GlobeSpotter. The release of version 2.9 is aimed at delivering improved interface and Smart Click Measuring functionality.

The company claimed that the decision to incorporate changes was taken following a GlobeSpotter user survey. Some key features of the update include improvements to the main screen. Text and buttons were reduced to make the application faster and simpler to use, and an option to store settings online was added to maintain consistency in appearance for users, regardless of where they open the application.

Cycloramas have metric quality that makes it possible to take measurements and determine the 3D coordinates (X, Y and Z) for an object from multiple street-level views. CycloMedia's "Smart Click" feature enables users to do this automatically with one click. The company claims that GlobeSpotter 2.9 automatically locates intersections, lowering the standard deviation values, which will in turn increase the accuracy and reliability of the measurement. 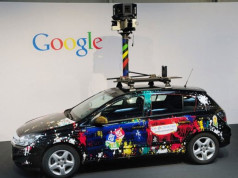