A Russian space scientist has been tested positive for COVID-19. It is “however” impossible that the virus may have spread to the International Space Station, Roscosmos, the Russia’s space agency has said

“Mikrin has passed two tests for the coronavirus and both are positive. He has been included in the list of 30 persons officially declared as infected in Roscosmos (Russia’s space agency),” Russian News agency TASS quoted a source as saying.

Mikrin was recently present at the crewed launch to the space station, from Baikonur Cosmodrome in Kazakhstan. Prior to the launch, he was close to Dmitry Rogozin, the head of Roscosmos, NASA astronaut Chris Cassidy and cosmonauts Anatoly Ivanishin and Ivan Vagner.

Roscosmos officials have told space.com that even as Mikrin was tested positive for COVID-19, there was no chance that the virus would spread to the space station or among other staf members of the space agency. 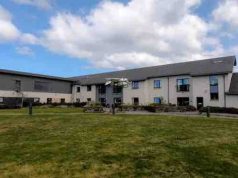