Hyderabad: Convergence of various kinds of geospatial technologies within and without, and the increasing need for such a practice was the focus of the inaugural session of the India Geospatial Forum, which opened here on Tuesday.

The three-day India Geospatial Forum is being organised by Geospatial Media & Communications. The theme of the conference is ‘Converging Geospatial Trade and Practices’, and this incidentally is the organisation’s 100th conference since it started operations in 1997.

Giving the keynote address, Steven W. Berglund, President and CEO, Trimble Navigation, said technology arena was undergoing a rapid change and evolving technologies themselves would drive some of these changes. Talking about how technology has redefined the capabilities and workplace for geospatial professionals, Berglund said from mechanics and manuals in the beginning of 20th century, to early automation in the 1980s to field intelligence in the 1990s, the last 15 years have seen information moving seamlessly from the field to the back office. Parallel technology trends have converged to redefine what was possible. The current trend of increasing processing power and software intelligence, data shortage, and visualisation and interaction are leading to sensor integration, real-time data, Cloud computing, Bid Data and 3D models.

He pointed out that the declining cost of geospatial information and technologies have opened up new uses as 3D visualisation has become the key to decision making in geospatial and engineering applications. While convergence is enabling new forms of government work management, the AEC industry in particular is being transformed through the use of information flow across the entire planning, design, build and manage life cycle. “The geospatial economic impact is shifting from a mandated discrete use to systematic value addition. Convergence will impact the expectations placed on the geospatial industry,” he said, urging the professionals in this domain to mark this change in the way they work. This requires them to move from the traditional comfort zone of data collection to data management. For this, they need to embrace 3D modelling, adopt technology early, adapt to specific industry needs, enlarge their role to data and quality management and collaborate across entire workflows.

Earlier, inaugurating the conference, Dr V.K. Dhadwal, Director, National Remote Sensing Centre (NRSC), said geospatial technologies were enabling businesses and integrating other technologies, and this had been brought to fore by the diverse section of people who are present here at this conference.

He highlighted some of the achievements of NRSC in the last year, including establishing a ground station in Antarctica. Speaking about the benefits of geospatial data and technologies, Dhadwal gave the example of the Cyclone Phailin which hit the state of Orissa in 2013. Even though the intensity of the cyclone was as severe as the one in 1999, there was considerable less damage to lives and property, he pointed out. This was possible because of the efforts of the state government and disaster management authorities which used satellite imagery, mapping and other related technologies to mitigate this disaster. The value of this technology was also highlighted in the aftermath of the killer floods and landslides in the Himalayan state of Himachal Pradesh when satellite imagery, mapping and crowd sourcing was used extensively to locate danger-prone areas and save many lives, he highlighted.

Defining the business directions of the industry, Juergen Dold, President, Hexagon Geosystems, stressed that businesses needed to change the way work to manage the growing population, increasing urbanisation and the resulting demand for resources. This is a challenge for the geospatial industry too to help the world in addressing some of these challenges.

Dold also focussed on convergence and integration technologies as he highlighted that a constant flow of information fuses the real world (as-in/as-built) with the digital world (as planned/as designed). He said 3D models of cities were required to prevent floods, mitigate disasters and move towards sustainability. He pointed out that India’s 12th Plan talks of geospatial technology and this will be a key in its way to becoming the third largest economy of the world.

K.K. Singh, President and CEO, Rolta Group, said geospatial technologies are playing a big role in a wide spectrum of fields – from navigating on roads to capturing the world’s biggest terrorist. “The good news is that niche technologies have become mainstream and converging geospatial technologies with others is producing new solutions and increasing productivity across new domains,” he said, adding there was naturally an increased demand for augmented innovations and technologies. Robust and sustainable geospatial infrastructure and accessibility to all will improve lives and increase productivity. 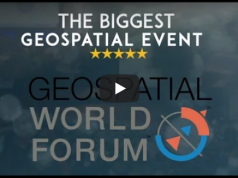 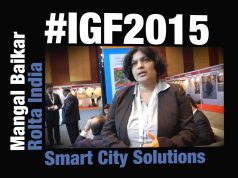 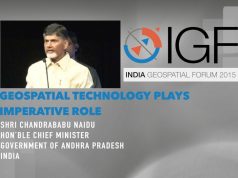