US: Commercial Satellite Launch Service Market share is set to reach USD 7 billion by 2024; according to a new research report by Global Market Insights, Inc. Increasing usage of communication data-based services and GPS systems is driving the commercial satellite launch service market size over the forecast period. These services are adopted by various sectors such as Automotive, Electronics, Military, IT, among others. Increasing number of vehicles integrated with built-in navigation units…(Read More)

US: National League of Cities (NLC), in partnership with the Bloomberg Aspen Initiative on Autonomous Vehicles, has released a series of interactive future scenarios for autonomous vehicles. The launch highlights how AVs might improve equity and efficiency in cities across the United States. Autonomous vehicles (AVs) are already on our streets, with pilots taking place in cities nationwide. More than 36 percent of large cities are planning for AVs in their long-range transportation plans…(Read More)

US: Foursquare announced in its official blog post that it is now the primary location provider powering all point of interest (POI) data in Mapbox’s location platform, including Mapbox’s API and full product suite. Mapbox is a location data platform that offers developers like Snapchat, Instacart, and Lonely Planet with building blocks to add location features like maps, search, and turn by turn navigation into their mobile and web apps. By joining hands, we’re bringing together two of the industry’s leading…(Read More)

US: Orbital ATK has announced that NASA has exercised options for two additional Joint Polar Satellite System (JPSS) spacecraft to be built by the company. Orbital ATK is currently producing the JPSS-2 spacecraft, which is scheduled to be launched in 2021. All three satellites are to be operated by the National Oceanic and Atmospheric Administration (NOAA) to provide critical weather forecasting data and to advance environmental and oceanographic science. The total contract…(Read More)

Canada: The Open Geospatial Consortium (OGC) announces that the geomatics community in Canada recently chartered a ‘Canada Forum on Geospatial Standards’ to support regional coordination and communication regarding geospatial standardization activities. The goal of the Canada Forum is to better serve Canadian needs for geospatial data and services. The Canada Forum will provide a platform for all stakeholders to increase collaboration with a focus on Canada’s requirements…(Read More)

Switzerland: Researchers from the University of Bologna and the Swiss Federal Institute of Technology in Zurich claim to have developed the world’s smallest autonomous drone. When it comes to the nano-drone industry, this is a milestone. With a smaller battery comes a decrease in power and flight time. For nano-drones, which are defined by maximum four-inch diameters, developing a model somewhere in between these two poles has been a longtime struggle for engineers…(Read More)

Pointfuse unlocks ‘As Built’ Data for BIM with Autodesk Integration

US: Orbital ATK has announced that NASA has exercised options for two additional Joint Polar Satellite System (JPSS) spacecraft to be built by the company. Orbital ATK is currently producing the JPSS-2 spacecraft, which is scheduled to be launched in 2021. All three satellites are to be operated by the National Oceanic and Atmospheric Administration (NOAA) to provide critical weather forecasting data and to advance environmental and oceanographic science. The total contract amount for all…(Read More)

If we want to solve a problem, we need to understand where it is. To understand the where aspect, we need maps. And to understand the map data better, we need visualization tools. Like with all decision making, it has long been realized that the solutions for almost all development challenges are dependent on visualization of data which is enhanced when data is looked at from a spatial perspective. The SDGs Dashboard (www.sdgsdashboard.org)…(Read More) 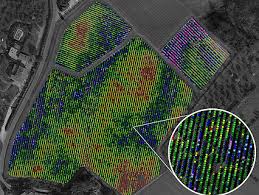 A quantum leap in computing capacity has allowed us to model and analyze the real world – all from our desktop and mobile devices. In days past, maps were purely for visualization and direction. Today, they have graduated to full-blown analytics platforms empowering users to make decisions faster than ever before. Why? They closely represent truth on the ground; truth created from high-resolution aerial imagery captured at heights up to 18,000 feet. Camera systems mounted in the bellies of planes…(Read More)