The NSDI Report Card highlights the poor condition of the nation’s information about our infrastructure at a time when the National Governors Association Chair, Governor Hickenlooper of Colorado, is calling on states to lead the way in ‘delivering results’ on government promises. This information is critical to achieving the NGA Chair’s initiative.

The Report Card is the first of a series of periodic report cards by COGO. It, however, does not include cost estimates for completing the NSDI or bringing it to a specified level. “We need State and Federal government to make improvement of the NSDI a high priority so the nation can make significant, rapid progress on jobs, education, economic growth, public safety, energy, natural resource management, health care, agriculture, transportation and other areas. This information will also allow us to track and manage our progress in all these areas, reducing duplication and ensuring sustainability of our efforts over time,” Geringer added, who is also Chair of the Panel that drafted the Report Card for COGO.l

States will use the best information available, but the Report Card encourages government agencies to improve the national spatial data infrastructure to better support efficient government operations at all levels.

The COGO member organizations represent approximately 170,000 professionals who develop and use spatial information about the nation’s physical infrastructure. The Coalition is delivering this assessment to help Congress, the Administration, Federal agency executives, and others understand the importance of geospatial data to the nation, as well as shortcomings of the NSDI. The member organizations want to engage Congress and Federal agencies to discuss and identify common sense improvements that will lead to a more robust NSDI. 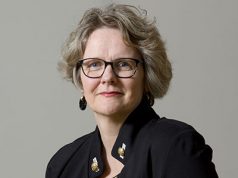