US: Scientists at the Coast Guard Research and Development Center and researchers from the National Oceanic and Atmospheric Administration (NOAA) have successfully tested unmanned aircraft system (UAS) Puma-AE for its capabilities in the Arctic. Check out the footage of successful landing of Puma aboard the Coast Guard Cutter Healy:

Todd Jacobs, a NOAA representative traveling aboard the coast guard vessel Healy said, " This year, we developed procedures for landing the system directly onto the flight deck, something that had never before been done on a Coast Guard vessel.”

Bill Jankowski, one of the programme leads said, “Having the ability to land a UAS aboard a vessel rather than in the water is important because it means crew members don’t have to be put at unnecessary danger by going out to retrieve it.”

Scientists used the Puma's infrared and electro-optical camera to provide video of a simulated oil spill and to relay data to NOAA’s Emergency Response Management Application, a database used by the Coast Guard and its partner agencies to share information during response efforts. 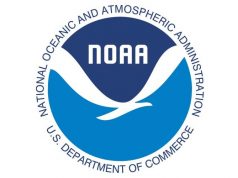