China: The GIS industry in China is estimated to reach CNY260 billion ($42 billion) by the end of 2013, according to a Ministry of Land and Resources statement. This clearly means that the industry growth is up by 30% from last year. 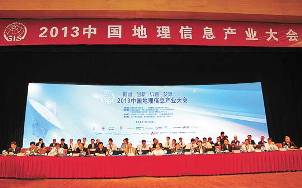 The statement cites data from the National Administration of Surveying, Mapping and Geoinformation. It forecasts that the industry will grow at a 20% rate for the next couple of years. The total annual output is likely to reach CNY500 billion ($81 billion) by 2015 and CNY1 trillion ($163 billion) by 2020. The statement informs that China”s GIS industry involves more than 23,000 organisations and 400,000 employees. These figures were also mentioned by Luo Fuhe, the Vice President of the Chinese People”s Political Consultative Conference (CPPCC) at the recently held “Geographic Information Industry Conference 2013” in Weifang, Shandong.