Australia: A research project in Australia named as the precision pastoral project, is aiming at reducing cost, time and labor on cattle farms by implementing satellite technology.

The Newcastle Waters Station in the Northern Territory (NT), Australia, which has been running a herd of cattle since the 1860s, is going about using satellite technology to track their cattle and control yard gates. Using a watering point within the station, the cattle are lured into a yard across a weighing bridge.

The ear tags on the cattle, which are required by the national livestock identification system, are scanned on the bridge, giving the live weight of every animal. The data is then sent to the management of the station.

The technology can also be used to segregate heavier cattle by directing them into different pens. Tim Driver from the precision pastoral project has spent the last 10 years developing the technology.

“Generally in the industry, especially in the north, (graziers) only weigh cattle once or twice a year, so you’re missing a lot of info in between,” Driver told the Australian Broadcasting Corporation (ABC) on Saturday. “That was the motivation to come up with a robot or automatic device.”

The company has recently undertaken research to work monitoring land conditions into the satellite technology.

Jak Andrews, manager of the Newcastle Waters station, said land conditions had been monitored by eye for as long as graziers had existed. “Having grown up on stations … you make the assumption you can read the country,” he said.

“From the constant weighing and precision pastoral management system, we soon identified we are two (to) three weeks behind what we are visually seeing – not only from the satellite imagery from looking at pasture, but also from weights. “Cattle will just start dropping. You don’t pick up on (that) with the eye.” 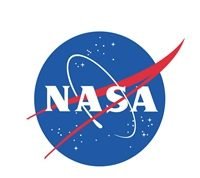