The Cadcorp OSI Data Manager and the Cadcorp OSNI Data Manager are available free of charge to customers who have purchased Cadcorp SIS Map Editor or Map Modeller. The new applications allow users to load NTF data supplied by their national mapping agency directly into their chosen database.
The new applications add to the data management capabilities already available in Cadcorp SIS. Users can choose to create a single repository of map data thus taking advantage of centralised, secure, database-based administration of their base map, or can continue using the existing built-in file-based tiling capabilities of Cadcorp SIS.

When loaded into any of the products in the Cadcorp SIS suite, including the desktop GIS range and GeognoSIS, the appearance of the data remains unchanged when compared to the original NTF tiled form. Updates of OSI and OSNI NTF data can also be applied to the database; with duplicate data automatically identified and removed. 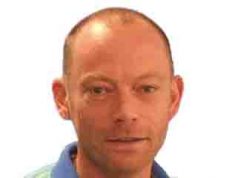