US: California-based Planet Labs, one of the pioneers in the small satellites industry, has announced that it will acquire German company BlackBridge and its RapidEye suite of core offerings. RapidEye’s archive of six years of global imagery covers six billion square kilometers of land at a 5-meter resolution. And with this acquisition, Planet Labs will also gain access to ongoing imagery collection from five RapidEye satellites. It should be noted that Planet Labs already has 87 tiny satellites in orbit. This makes Planet Labs one of the leading private space companies by combining innovative data analysis and agile aerospace technologies. BlackBridge CEO Ryan Johnson, who will now join Planet Labs’ executive committee, believes that Planet Labs’ agile aerospace approach will allow the company to launch hundreds of satellites over the next two years, providing daily imaging of the entire planet. He is also of the belief that Planet Labs will introduce new capabilities like multispectral channels and enhanced resolutions faster and more cost-effectively than BlackBridge could have with its traditional aerospace programme.

Will Marshall, the Co-Founder and CEO of Planet Labs, says that the biggest benefactors of this acquisition would be his customers who will be able to receive more data. The company caters to users in agriculture, energy and infrastructure, consumer mapping, government, business intelligence, and environmental and social impact domains. 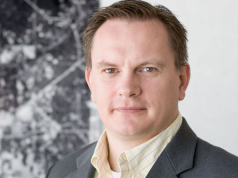