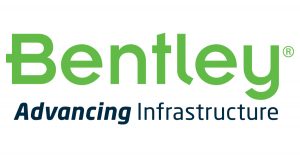 UK: Bentley Systems has announced the initial release of its iModel.js library, an open-source initiative to improve the accessibility, for both visualization and analytical visibility, of infrastructure digital twins. iModel.js can be used by developers and IT professionals to quickly and easily create immersive applications that connect their infrastructure digital twins with the rest of their digital world. iModel.js is the cornerstone of Bentley’s just-announced iTwin™ Services that combine iModelHub, reality modeling, and web-enabling software technologies within a Connected Data Environment (CDE) for infrastructure engineering.

Bentley’s iModels have become a de facto standard for visibility into digital engineering models.  iModelHub manages an iModel as a distributed database with an intrinsic ledger of changes—enabling alignment, accountability, and accessibility of its digital components—to form the backbone of an infrastructure digital twin.

The iModel.js library is a comprehensive collection of JavaScript packages that build on the most open, popular, and flexible standards for modern cloud and web development. It is written in TypeScript, and leverages open technologies including SQLite, Node.js, NPM, WebGL, Electron, Docker, Kubernetes, and of course HTML5 and CSS. The same codebase can produce cloud services and web, mobile, and desktop applications. The source code is hosted on GitHub and is distributed under the MIT license.

With iModel.js, it is simple to create a web-based experience that shows interactive “nD” views (1D, 2D, 3D, 4D, etc.) of iModels that are assembled and synchronized from BIM files and other digital engineering models, and from data created directly with iModel.js. Those same views can also include digital (reality) context, real-time sensor data, and other data from enterprise sources and analytics. Since the iModel is synchronized by iModelHub, it always reflects the most recent updates from all project participants, who are thus able to visualize and analyze changes between points in time or between versions. Importantly, only users and applications authorized by the iModel owner, through iModelHub, are granted access through iModel.js.

Johan Palm, program manager – Digital Project Delivery at Hatch, said, “iModel.js gives Hatch the ability to implement a stakeholder engagement technology that extends the iModelHub visionary technology. We can expose complex project information to a level that is accessible, consumable, and extendable via the cloud and in context to the 3D model. Most importantly we can do so in a manner that embraces change as the project progresses. iModel.js aligns with Hatch’s internal development strategies as it is built on modern, highly portable web technology. Bentley is a key software technology partner on Hatch projects globally where our main objective is to provide a positive impact to our client’s assets and operations.”

Keith Bentley, Bentley Systems’ founder and CTO, said, “We firmly believe that iModel.js, and of course the foundation upon which it is built, is the most open, productive, intuitive, and powerful development environment for capital projects and infrastructure assets, ever. We’re excited to work with user organizations, strategic partners, and third-party developers to build an open ecosystem around iModels to tap the vast potential of infrastructure digital twins. With iModel.js, the well-refined techniques of mainstream cloud and web development can leverage the physical and virtual reality in digital twins with near-zero impedance. By open-sourcing the libraries we use to create our iTwin™ cloud services, we expect to foster a substantial and vibrant ecosystem of innovation.”