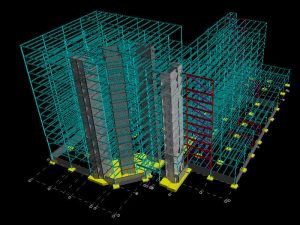 US: Bentley Systems has announced the acquisition of Agency9, based in the Swedish capital of Stockholm. Agency9 has already provided nearly half of Sweden’s larger municipalities with city-scale ‘digital twin’ cloud services for city planning and related web-based 3D visualisation. Since 2012, Agency9 has taken advantage of reality meshes created by Bentley’s ContextCapture reality modelling software as the digital context for visualising urban infrastructure assets represented in GIS data, terrain surveys and BIM models.

Phil Christensen, Bentley’s senior vice president for reality modelling, said many city users globally have been asking for the useful capabilities which Agency9 has successfully implemented throughout Sweden, to take further advantage of their reality modelling programmes. In fact, when combining Bentley ContextCapture’s 3D surveying advancements (based on hybrid aerial, UAV and ground-based imagery) with the Connected Data Environment (CDE) technologies for geospatial-to-BIM integration, the concept of city-scale digital twins as a cloud service is made broadly accessible. Ultimately synchronising reality and ‘virtuality’, OpenCities Planner offers a versatile web solution to enable every city in going digital.

Håkan Engman, CEO of Agency9, said now that they are part of Bentley, they are confident about achieving the full global potential of Agency9’s innovations. Engman believes his colleagues and himself, and their forward-thinking users in the Nordics, have been noted for pushing the envelope of geospatial integration and visual performance to new levels of detail. Now, as contributors toward city-scale digital twin cloud services from Bentley, it is possible to foresee the realisation of the users’ vision to advance from urban planning to improving cities’ asset performance.