Australia: Developers from Australia’s NGIS and CRCSI have created a coastal risk webtool for Pacific island nation – Vanuatu – that will help coastal residents of Vanuatu to understand and act in situations like rising sea levels or coastal flooding.

Coastal Risk Vanuatu is an open access website for the whole community – it’s easy to use and will give individuals, residential groups, and local and national government the best awareness and knowledge of how coastal communities in Vanuatu will be affected by sea level rise.

The website empowers coastal people and communities to take proactive steps at the time of sea level rise. Coastal Risk Vanuatu is a new initiative that builds on the work of the Pacific Island Coastal Inundation Capacity Building project and the Vanuatu Globe – previous research conducted by NGIS Australia and CRCSI in 2014.

This project, funded by the Australian Government, provided hands-on knowledge about mapping the coastline. It provided coastal mapping and risk assessment capacity building and training to over 190 people in four Pacific nations.

“Given our previous work in the Pacific Islands and the strong ties we have developed in the region, it is fitting that we extend our knowledge and expertise to vulnerable coastal communities, governments and NGO’s. Through this easy-to-use sea level rise visualisation tool Vanuatu will have access to the best information for their coastal adaptation planning”. 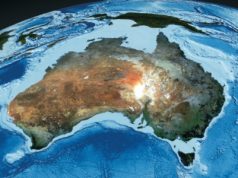 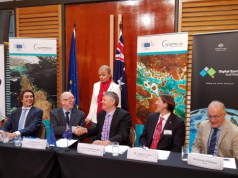 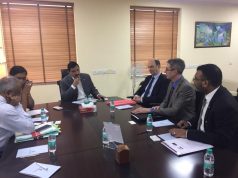