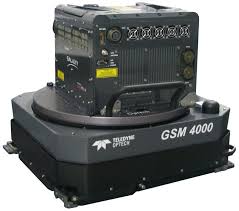 US: Teledyne Optech has announced that Asia Air Survey Co. (AAS), Tokyo, Japan, has taken delivery of an ALTM Galaxy T1000 for use in their forest resource management initiatives, road and railway facility management, as well as slope stability monitoring activities.

With 70% of Japan covered in mountains and hillsides, the country can be very susceptible to geomorphic hazards, such as landslides, often caused by seismic activity. To predict and mitigate these hazards, AAS plans to use the Galaxy airborne lidar sensor to collect high-density 3D data to create detailed maps of the country. The Galaxy is uniquely suited to collect high-accuracy data in variable and forested terrain, courtesy of its full-waveform capability and advanced SwathTRAK™ technology.

“With conventional airborne lidars, the measurement swath changes due to the undulation of the terrain, so it is necessary to increase the flight strip sidelap in order to cover the area,” said Mr. Tomowo Ohga, Deputy General Manager, Survey Technologies Dept. of AAS. “The Galaxy’s SwathTRAK function dynamically changes the scan angle in the air according to height above ground, making the measurement width constant. This makes it possible to reduce the number of flight strips and to reduce the flight cost. We believe that the newly introduced ALTM Galaxy T1000 is the optimal tool for performing our projects here and will contribute to the creation of a safe and secure lifestyle.”

“We are very pleased that AAS has chosen the Galaxy to be their lidar sensor of choice in Japan,” said Michael Sitar, Teledyne Optech’s Airborne Business Manager. “Galaxy will significantly increase AAS’s productivity and data quality, as well as provide both discrete and full-waveform data capture of Japan’s vegetated environments.  We look forward to supporting AAS with their future project efforts.”