US: Specially-equipped Apple cars have taken to the streets to gather pictures and geospatial data for its online mapping service. Apple promises to “blur faces and license plates on collected images prior to publication," according to an online post. Apple's senior vice president of Software Engineering, Craig Federighi, has asserted that Apple is investing heavily in maps and that usage is soaring. "We taught Siri all about transit," Federighi said while highlighting map service improvements that will be included in the coming version of software powering Apple mobile devices at a conference this week. 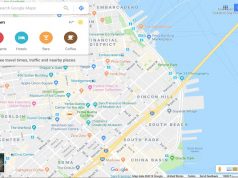 Who will win in Apple-Google map race?