US: According to a report of Strategy Analytics, Apple sold 305 million Apple Watch units in the Q1 2017, translates to an annual increase of 59% and a market share of 16%. In the same quarter last year, Apple was estimated to have sold 2.2 million Apple Watch units. The analytic firm attributed the increase in sales to the “enhanced styling, intensive marketing and a good retail presence” of the Apple Watch Series 2.

On the other hand, Fitbit saw its shipments drop to 2.9 million units. This is a far cry from the 4.5 million units it shipped in Q1 2016. Slowing demand for its fitness trackers and a “late entry to the emerging smartwatch market” are cited as reasons for Fitiball’s fall to third position with a market share of 13.2%. Xiaomi managed to get the second spot with 3.4 million shipments and a market share of 15.5%.

Overall, global wearables shipments increased from 18.2 million units in Q1 2016 to 22 million units to Q1 2017, thanks to stronger demand in North America, Western Europe and Asia. 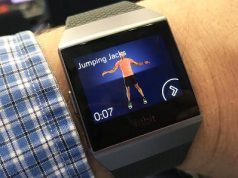 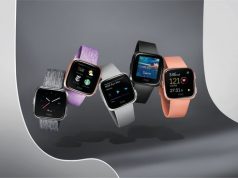