France: A consortium of British and French companies has signed an agreement to develop a counter-unmanned air vehicle system. The UAV Watch and Catch System (UWAS) radar-based system will be developed by JCPX Development, DSNA Services, Aveillant, Skysoft and ENAC. The system will detect and track UAVs that weigh less than 25kg (55lb). The consortium claims that the technology that will be incorporated is already compliant and certificated by civil aviation authorities, and will be a turnkey system based on Aveillant’s H24 radar system. 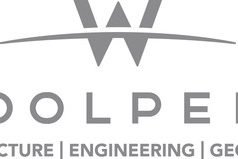