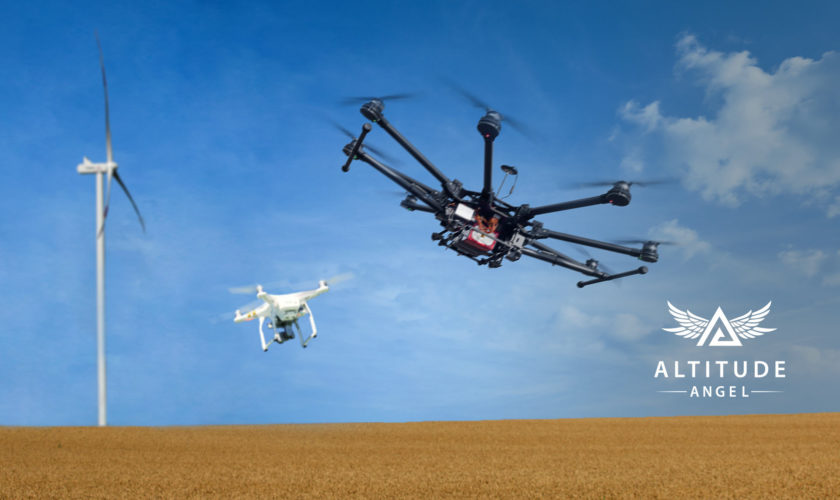 US: Altitude Angel has announced that it is to launch the world’s first UTM ‘conflict resolution service’ as an API, and in doing so has taken a huge step towards allowing automated drone flights to become day-to-day reality.

Using this service, any pilot or operator can securely check for conflicts in their drone flights quickly and easily, using the firm’s tried-and-trusted safety technology.

Available via Altitude Angel’s developer platform and powered by its GuardianUTM operating system services, the Conflict Resolution Service (CRS) addresses some of the key risks which prevent BVLOS (beyond visual line of sight) operations today.

Automated drones flying BVLOS have so far not been realized on a commercial scale due, in large part, to the inability of drone technology to be able to ‘deal with the unexpected’ – other aircraft or drones, obstacles or airspace closures which weren’t foreseeable before the flight happened, or, would previously have been ‘dealt with’ by a human pilot. CRS goes a step beyond, helping implementers to react in a coordinated and predictable manner, contributing to increased airspace safety.

If concepts such as Amazon drone deliveries and Uber’s flying taxis are to be realized, there is an immediate need to make sure the thousands of drones in the sky are operating safely and can manage circumstances where a conflict might arise either pre-flight or during flight.  Now, using CRS, drones and drone pilots can store flight plans with a globally-distributed and reliable service without needing to exchange private or potentially sensitive data with each other, while benefiting from an immediate pre-flight conflict resolution advice.

CRS will come in two classes:

Conflict resolution information is provided to a drone operator during the flight planning phase (pre-flight phase) of the operation by comparing it to other previously submitted flight plans, against ground and airspace geofenced areas available in Altitude Angel’s worldwide data feeds. The system will then propose alterations to the take-off time and/or route to eliminate the conflict, suggesting minimally invasive changes to permit the mission to continue unobstructed. Developers and drone manufacturers can utilise CRS to securely share flight plan data and opt-in to ‘global conflict resolution’, where all flight plans which have been shared will be checked for conflicts. ‘Private’ modes exist for fleet operators who only want to check for conflicts against their own drones or customers.

Tactical CRS will provide information to drone pilots or the drone itself to ensure separation is maintained during the in-flight phase. The dynamic system will continuously monitor the airspace around an aircraft for the ‘unexpected’ such as other aerial vehicles or changes to airspace (such as a Temporary Flight Restriction/Dynamic Geofence around a police incident).  After identifying a potential conflict, CRS will make the necessary routing adjustments, allowing the drone to maintain an appropriate separation standard between other airspace users or fly around restricted airspace so it can continue safely (and efficiently) to its destination.

Richard Parker, Altitude Angel, CEO and founder said: “The launch of our Conflict Resolution Service cannot be underestimated.  It is a massive step forward, a ‘game changer’, for not only Altitude Angel, but for the future of automated flight.  The ability for drones and automated aircraft to strategically plan flights, be made aware of potential conflict, and alter their route accordingly is critical in ensuring safety in our skies. This first step is all about pre-flight coordination, between drone pilots, fleet operators and other UTM companies.

“The tactical component of CRS answers the biggest challenge BVLOS flight brings; how do you deal with the unexpected.  Being able to predict and resolve conflict mid-flight by providing appropriate and timely guidance will revolutionise automated flight.  CRS is one of the critical building blocks on which the drone and automated flight industries will grow.”

Altitude Angel will launch CRS in two phases, with Strategic being online from 23 July and Tactical CRS in September.

CRS represents a significant investment from Altitude Angel and will be subject to continuous future updates and additional functionality, as confidence and capability grow, and as the firm takes more of its ground-breaking technology from R&D to production.