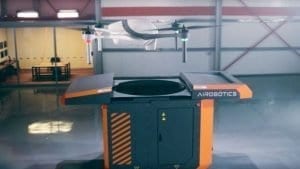 US: Airobotics has announced introducing lidar capabilities into its commercial aerial drones to provide additional applications for industries such as mining, construction, and industrial infrastructure.

According to the company, the use of LiDAR significantly reduces the time it takes for aerial data to be collected, even at night or in low light, and allows for rapid turn-around time on data processing. Airobotics’ drones can work with various payloads. In addition to LiDAR, spatial data can also be captured using photogrammetry, video, and infra-red (thermal).

Airobotics said that until a few years ago, adding lidar functions to aerial drones was quite complicated, since the sensors were hefty and required manual data processing. With lighter lidar sensors and cloud-based processing, Airobotics said its customers can now “make effective decisions based on high-frequency, consistent data capture.”

Ran Krauss, CEO and co-founder of Airobotics, stated, “This past year has seen a huge period of growth for us. As we expand our services and shift our base of operations to the US, we continue to push advancements in autonomous drone operations, global regulatory approvals and new technology.”