Airbus Defence and Space, the world’s second largest space company, has signed a contract with Space Administration at the German Aerospace Center (DLR) to develop and build all components of the German contribution to the German-French Earth observation mission MERLIN.

The German Aerospace Center and the French space agency Centre National d’Études Spatiales (CNES) are jointly developing this challenging mission on behalf of the French and German governments. With this step, Europe’s two largest space-faring nations have resolved to seek a deeper understanding of the mechanisms that influence Earth’s climate. “By developing MERLIN through DLR and CNES, France and Germany are making an important contribution to better understanding the causes of climate change,” said Dr Michael Menking, Head of Earth Observation, Navigation and Science at Airbus Defence and Space.

Starting in 2021, MERLIN (MEthane Remote sensing LIdar missioN) will deploy a LIDAR instrument to monitor the methane content in Earth’s atmosphere from an altitude of around 500 kilometres, and additionally make possible the first-ever global map of concentrations of this critical greenhouse gas.

Highly precise global measurement and mapping of methane concentrations in the atmosphere is only possible from space, as it requires continuous, large-area observation. Key areas such as tropical wetlands, rain forests and sub-Arctic regions are extremely difficult to survey without satellites.

To date, the methane concentration in the atmosphere has been measured from Earth observation satellites that use solely “passive” instruments. These utilise the sunlight scattered by the Earth’s surface to determine the content of trace gases (such as methane) in the atmosphere. They depend on daylight and only produce optimum results when skies are clear.

The MERLIN mission will be the first to use an “active” LIDAR instrument developed in Germany. It is equipped with an on-board light source (the laser) and can thus measure at night and even through thin cirrus clouds. The instrument emits two short light pulses at two slightly different wavelengths. As one wavelength is absorbed by the methane and the other is not, this difference between the two back-scattered signals can be measured and the methane concentration can be determined with unprecedented precision.

With the aid of data on wind speeds and directions, scientists around the world will be able to convert these values into global methane flow maps and determine the actual regional effects of methane. A better understanding of the global methane cycle is urgently needed in order to reliably predict changes in climate and pursue effective climate protection. 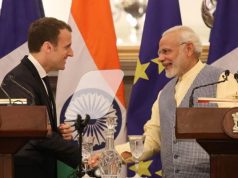 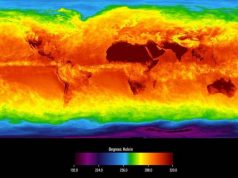 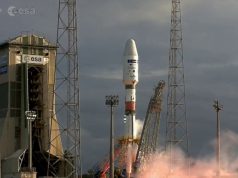