Germany: Airbus Defence and Space has signed a €144 million contract with European Space Agency’s (ESA’s) prime contractor for the development and construction of the high-precision Sentinel-5 instrument. The instrument will monitor the composition of the Earth’s atmosphere globally on a daily basis by taking measurements of trace gases and aerosols that have an impact on the climate and air quality.

Sentinel-5 will be installed on a MetOP second generation (MetOP-SG) satellite and fly in a roughly 800 kilometre polar orbit around the Earth. The high-tech instrument is expected to be delivered in 2019, while the launch of the satellite is scheduled for 2021. With a swath width of around 2,670 kilometres, the Sentinel-5 will provide daily global coverage of the Earth’s atmosphere with a spatial resolution of 7×7 sqkm at nadir, allowing atmospheric and climate scientists to accurately detect and analyse emission sources. This includes determining the concentration of trace gases as significant components in the atmosphere, such as ozone, nitrogen dioxide, sulphur dioxide, methane, formaldehyde, carbon monoxide and aerosols.

At the heart of Sentinel-5 is an ultraviolet, visible, near-infrared and shortwave infrared (UVNS) imaging spectrometer. The mass-optimised instrument, weighing around 270 kilogrammes and with a service life of more than seven years, consists of the optical module – comprising a reflecting telescope, a beam-splitter optical assembly, two ultraviolet/visible (UV-Vis) and one near-infrared (NIR) spectrometer optics as well as two shortwave infrared (SWIR) systems and a calibration subsystem – and two control electronics assemblies. 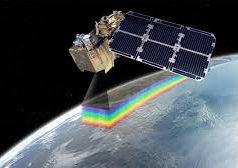 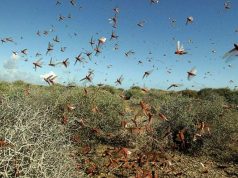