27 November, 2014, New Delhi: Association of Geospatial Industries of India organised a day-long workshop on Geospatial Technology for National Mapping with the theme: New Paradigm in Spatial Data Production and Dissemination. The major part of the discussions revolved around the readiness of geospatial industry of India for the new upcoming projects and programmes rolled out by the Government of India especially the 100 Smart Cities announced by Prime Minister Narendra Modi.

The day’s proceedings began with a Vision Talk by Mr. Rajesh Mathur, President, AGI India who spoke on the changing business environment within the country, which is putting pressure on mapping agencies to cater to the fast evolving user needs. He advocated that data producers of the country need to become increasingly open to collaborating with different partners while delivering GIS ready data or GIS data as a service. Presentation by Surveyor General, Dr. S Subba Rao also acknowledged the changing scenario of map creation and the need for collaboration with the industry.

During her presentation, Dr. Vandana Sharma, DDG – NIC urged the geospatial community, especially members of national mapping agencies to own up to the current mapping status in the country. She urged the mapping agencies to make public any data that is available with them, as she argued – any data, which is not being used by or for the common man is of no real value. She also urged government agencies to collaborate with each other to integrate cadastral maps with topographic maps and satellite data and to make all this data available via one window to users at a convenient scale.

She acknowledged that as a success case, Gujarat state has done well in mapping its territory not because of the available technology, but because of the commitment of its former Chief Minister – Mr. Narendra Modi. The same resolve is needed at the central government to drive the next phase of mapping in the country. 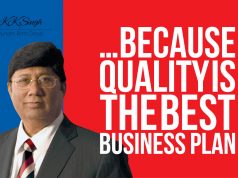 Geospatial Hall of Fame: KK Singh: Rolling in the deep 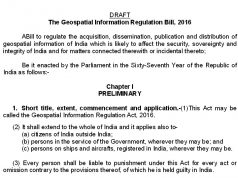 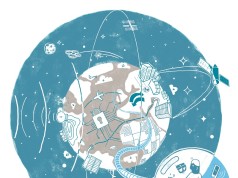