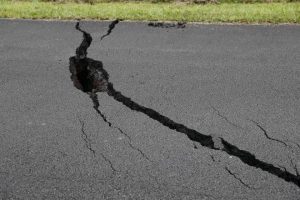 A group of researchers published a paper claiming that they can predict the location of aftershocks using artificial intelligence.

With deep learning algorithms, the pair analyzed a database of earthquakes from around the world to predict where aftershocks might occur, and developed a system that, while still imprecise, was able to forecast aftershocks significantly better than random assignment.

The notion of using artificial intelligent neural networks to try to predict aftershocks first came up several years ago, during the first of Meade’s two sabbaticals at Google in Cambridge.

While working on a related problem with a team of researchers, Meade said, a colleague suggested that that the then-emerging “deep learning” algorithms might make the problem more tractable. Meade would later partner with DeVries, who had been using neural networks to transform high performance computing code into algorithms that could run on a laptop to focus on aftershocks.

“The goal is to complete the picture and we hope we’ve contributed to that,” Meade said.

To do it, Meade and DeVries began by accessing a database of observations made following more than 199 major earthquakes.

“After earthquakes of magnitude 5 or larger, people spend a great deal of time mapping which part of the fault slipped and how much it moved,” Meade said. “Many studies might use observations from one or two earthquakes, but we used the whole database…and we combined it with a physics-based model of how the Earth will be stressed and strained after the earthquake, with the idea being that the stresses and strains caused by the main shock may be what trigger the aftershocks.”

Armed with that information, they then separate an area found the into 5-kilometer-square grids. In each grid, the system checks whether there was an aftershock, and asks the neural network to look for correlations between locations where aftershocks occurred and the stresses generated by the main earthquake.