Login
Subscribe/Trial
Menu
Menu
Home Blogs Do you know why the Earth wobbles?

In elementary school science lessons we all learned the axiomatic truth that Earth rotates on its axis and these rotations cause the vast difference between day and night. But ever wondered if the rotation of the Earth is steady and symmetric without any disturbance or fluctuations?

For a better illustration, almost all of us must have played with a globe – which is as close to a miniaturized model of the earth – in our childhood and excitedly rotated it at a very high speed. What happened to the globe then? It rotated at a high pace but wobbled.

Would it boggle your minds if I now say that Earth wobbles even more than your average globe?

ALSO READ: How the telecommunication industry is getting reshaped with geospatial technologies

It is commonly believed that the Earth is perfectly spherical in shape. But in reality, it is an oblate spheroid, with varied geographies contributing to the uneven distribution of mass on the surface of the Earth. Due to this uneven distribution, Earth wobble as it spins on its axis.

Using satellite data on how water moves around Earth, NASA scientists have been able to find out exactly how and why does the Earth wobble.

When the Earth rotates on its spin axis — an imaginary line that passes through the North and South Poles — it drifts and wobbles. These spin-axis movements are called “polar motion” in scientific parlance. NASA scientists have computed that the measurements for the 20th century show that the spin axis drifted about 4 inches (10 centimeters) per year. Over the course of a century, that becomes more than 11 yards (10 meters).

NASA scientists have broadly categorized three processes that are responsible for this drifting if the earth. The three processes are: contemporary mass loss primarily in Greenland, glacial rebound, and mantle convection.

Climate change and heavy emission of greenhouse gases also play a role in Earth’s rotation patterns. With the increase in temperature throughout the 20th century, Greenland’s ice mass decreased. Actually, a total of around 7,500 gigatons — the weight of more than 20 million Empire State Buildings in New York — of Greenland’s ice melted into the ocean during this time. This makes Greenland one of the top contributors of mass being transferred to the oceans, causing sea level to rise and, consequently, a drift in Earth’s spin axis.

“The traditional explanation is that one process, glacial rebound, is responsible for this motion of Earth’s spin axis. But recently, many researchers have speculated that other processes could have potentially large effects on it as well,” said Surendra Adhikari of NASA’s Jet Propulsion Laboratory, who authored the research paper ‘What drives 20th century polar motion?’

“We assembled models for a suite of processes that are thought to be important for driving the motion of the spin axis. We identified not one but three sets of processes that are crucial — and melting of the global cryosphere (especially Greenland) over the course of the 20th century is one of them.” Surendra Adhikari further added.

In the year 2000, Earth’s spin axis took a sudden turn toward the east and is now drifting almost twice as fast as before, at a rate of almost 7 inches (17 centimeters) a year, the research paper says.

Previously, scientists were of the opinion that glacial rebound is the primary cause of Earth’s wobbling. Glacial rebound can be simply explained as glaciers overburdening the earth with their heavy mass and depressing it, akin to say a big gym balance ball which when compressed due to heavyweight protrudes at some other side for maintaining the weight equilibrium, or mattresses that get compressed due to overuse and additional weight.

Similarly, during the last ice age, glaciers depressed earth’s surface. And when the ice melted, the land gradually rose to its original place. Based on the statistical analysis of the rebound, NASA scientists have now established that glacial rebound was responsible for about one-third of the drift in the last century.

Also Read: As COP 23 kicks off, a new map of Greenland shows glaciers are at a great risk

The third reason is Mantle Convection, which is basically responsible for the movement of tectonic plates beneath the Earth’s surface. Mantle convection, in simple terms, can be defined as the circulation of material in the Earth’s mantle due to heat radiated from the Earth’s core. It is analogous to a simmering pot placed on a stove. As the pot begins to heat beyond a point, we see vapors and a rise and fall of ingredients being cooked in the pot, resembling a vertical circulation pattern. This is how the rocks move through the mantle.

Gladly, the magnitude and frequency of wobble are not enough to have an effect on our ecology or disrupt our lives, but this doesn’t mean that we should totally overlook the implications of global warming, climate change on the melting of ice. This research serves as a vindication that human actions do have an effect on Earth and it is high time to curb greenhouse emissions and look for renewable alternative fuels and energy resources. 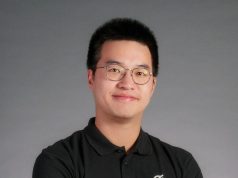 Blockchain Crucial for Openness and Transparency in New Space Economy