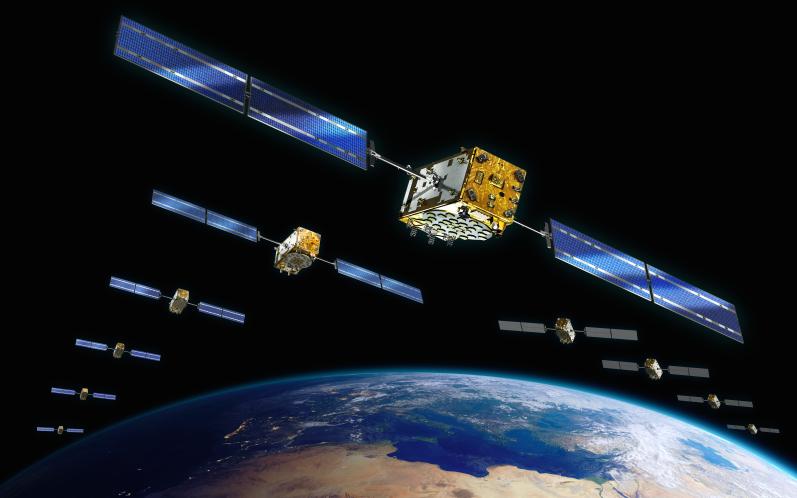 Space rivalries have often been less about rationale and more about countries’ prestige. The tussle between European Union and UK over the Galileo satellite navigation system and subsequent plan of Britain to launch its own constellation are once again an indication in that direction.

As the hysterical British media and political leadership alike go ballistic over the issue, the UK government set up a taskforce to study launching a satellite navigation constellation of its own and announced earmarking about £92 million ($118 million) from the Brexit readiness fund allocated in last year’s budget.

While there is no denying that the UK has the technical knowhow to build its own satellite navigation system, spending billions and decades on a totally new system just doesn’t make sense except as a matter of prestige.

Satellite navigation systems are expensive and complicated affair. They are usually known to face delays and cost over-runs. Galileo itself faced decades of delays, difficulties and additional costs. It would have taken 18 years to build before being fully operational in 2021. In this background, it would many, many years UK can even have a system in orbit.

The cost of building Galileo has already touched almost $11.6 billion from its initial estimate of $3 billion. Then there is annual maintenance cost. The annual operational cost of Galileo is estimated to be around €800 million ($927 million). This is almost double the current total budget of the UK Space Agency, which was £371 million ($477 million) in 2017!

If that is not enough, there is more — UK doesn’t launch its own satellites. Either the US, Europe or India has to do the job for it. Galileo satellites are currently launched from ESA’s site in French Guiana.

Besides being an overly expensive affair, the decision is highly contentious.

EU is not kicking UK out of Galileo

Not yet. Not in near future. Even though various media headlines are claiming that EU has threatened to block Britain from accessing the Galileo, nothing could be further from the truth.

ALSO READ: Has the tussle between UK and EU over Galileo reached a point of no return?

It is true that governments don’t want to rely on others when it comes to military or other security related matters. While the whole world so far was running on GPS — the satellite navigation system owned and operated by the US Air Force — Russia built its own satellite system called Glonass. China is building a system called BeiDou, which has regional coverage as of now, but has global ambitions. Europe’s Galileo is like GPS in scope and ambition.

Other countries like India and Japan have built their own regional satellite systems. While the Indian Regional Navigation Satellite System (now called NavIC) has been operational for some time now, Japan has been working on QZSS. Regional satnav systems are independent positioning system whose main objective is to provide reliable position, navigation and timing services over the particular country and its neighborhood.

It is not as if denial of Galileo PRS services to UK will severely impact the British Army. This is simply because the Galileo PRS doesn’t exist yet and is expected to be operational only around 2020. The British military can simply keep on doing what it has been doing so far – rely on GPS services.

UK is a close political ally of US, and it is highly unlikely and the two will ever get on the wrong side of each other, let alone get into a war. Similarly, there is little chance of UK entering into a war with EU in near future, making the hoarse cries for “super sensitive signals” for military unnecessary.

Instead of building a totally new system from scratch, UK can look at setting up a regional navigation system like India or Japan to boost local coverage. But then Europe already has the European Geostationary Navigation Overlay Service. EGNOS is Europe’s regional satellite-based augmentation system that is used to improve the performance of existing GNSS systems such as GPS and Galileo. It has been deployed to provide safety of life navigation services to aviation, maritime and land-based users over most of Europe.

But this augmentation works only over Europe and not outside. Another alternative before UK is to go for further strengthening its ties with US, committing to reliance on GPS. UK along with Australia and Canada already participates in a combined space command with the US and this could be taken forward.

And of course, one thing it can always do – go back to the negotiating table with EU and hold the talks firmly, and less hysterically this time.