In the digital world, a relatively new and exciting technology has emerged and has the potential to revolutionise GIS (Geographical Information Systems). Popularly known as RPA or Robotic Process Automation, its true nature is its ability to handle high-volume of repeatable tasks previously performed by humans. RPA is being increasingly used for automating tasks such as queries, calculations and maintenance of records and transactions. Several Commercial Off-The-Shelf (COTS) products like AA, UiPath, Kofax, Blue Prism, etc., have gained popularity. While RPA has been mainly beneficial in various sectors like insurance, banking, energy and several others, it will be interesting to see how it can be integrated with geospatial technology since 80% of spatially related decision making is dependent on it.

My experience has been mainly with GIS, however, being a technophile, I started to read about RPA and how it was empowering companies to redefine businesses by allowing them to introduce BOTS. These BOTS were being trained to routinely complete repetitive IT based tasks traditionally performed by humans similar to the manufacturing sector like car manufacturing where BOTS are routinely assembling cars at a very fast pace. Further research revealed that RPA is being used to foster a culture where human labour can be freed from performing routine and repetitive IT tasks. Operational efficiency, elimination of human error, and providing a fast and efficient workplace has been the driving force and RPA suitably fits into the scheme of things. It has the potential to introduce skills that will allow humans to be used more efficiently and provide better value-added services.

As I further started to become more informed through discussions, reading, and amateur practice, I realised that in isolation both these technologies provide great benefits. However, I believe, when combined, RPA and GIS could potentially bring about greater benefits than working in isolation. This paper explores the possibility of a sublime connection between the two technologies. Four critical issues need to be understood and these are as follows: 1. What is RPA and GIS automation? 2. What are the possible connections between these two technologies? 3. What are the possible challenges for automation? 4. What would be the possible benefits?

WHAT IS RPA AND GIS AUTOMATION

Before we go into details how these two technologies are intertwined together, it is important to first understand both these diverse technologies. A brief of RPA and GIS is provided below. 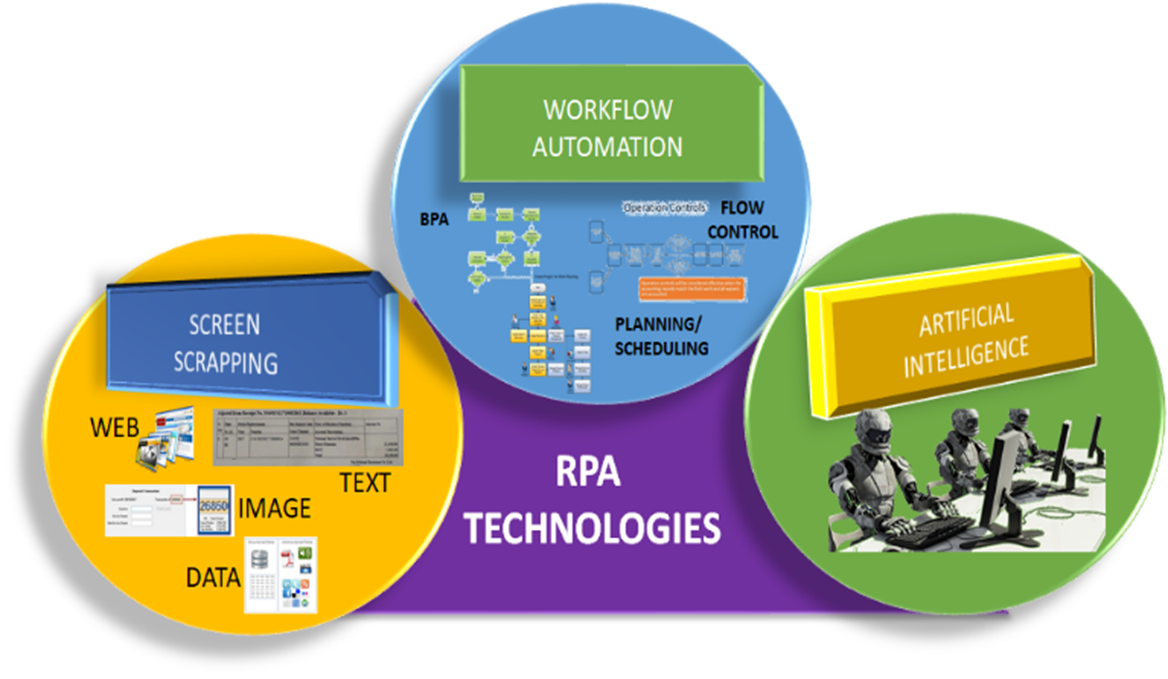 The basic premise of RPA is its ability to make computers perform tasks assigned to humans without any errors. The single most important criteria being that the tasks are clearly defined, repeatable and rules based. Based on three technologies, – screen scraping, workflow automation and artificial intelligence – RPA has proven itself to bring about technologically advanced solutions to businesses around the world. (IRPAAI, n.d.).
RPA is different than most traditional automations or macros because once trained it has the ability to perform tasks across various platforms, manipulate data, trigger responses, initiate new actions and communicate with other systems. (Rouse, n.d.). RPA has been able to influence various business segments like insurance, banking, medical, IT processes etc. According to Deloitte, the insurance sector has been able to improve efficiency in claims processing by as much as 27% for tasks performed “right first time”. (David Schatsky, 2016).

To sum it up, RPA is here to stay and will be encouraging businesses to automate and create a digital workforce that will work in tandem with humans.

GIS is an integrating technology and has been designed to capture, store, manipulate, analyse, manage, and present all types of spatial data. Started as automated mapping / facilities management (AM/FM), it has evolved from data conversion to automation of geospatial processes and is based on four major technologies:
1. GNSS and Positioning Technologies.
2. GIS/Spatial Analytics Technologies.
3. Earth Observation Technologies.
4.3D Scanning Technologies. 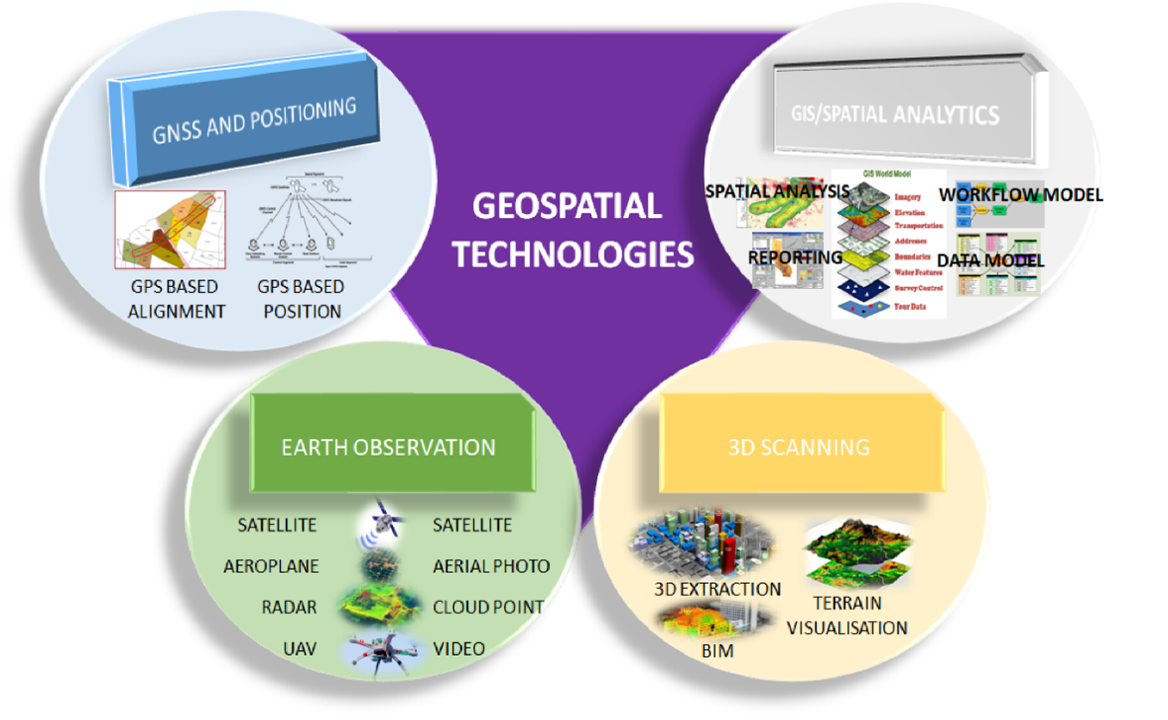 GIS is being increasingly used to process big data and automation usually involves processing and analysis of large chunks of spatial data. The difference here is that while it not only looks to process traditional structured and unstructured data, it also looks into analysis, extracting and presentation of spatial data. Cognitive learning algorithms, machine learning and AI are being increasingly emphasized to process multiple geoprocessing tasks by users. For example, ArcGIS, a popular GIS COTS, provide users the ability to automate complex GIS workflows with little or no need for programming using a tool known as Model Builder. Another example would be Martin County, FL (USA) that was able to increase its county tax base by about US $ 3.5 million by integrating GIS parcel database with taxation information (Funaro).

At this juncture the differences between RPA and GIS automation are many but with increasing demand for market share and satisfaction of customer demands, automation of business processes is seen as a critical factor. Automation not only has the potential of improving business bottom lines and quick ROIs, it is credited with increased efficiency and thus allowing businesses to provide services that were otherwise not possible.
Both these technologies, are without doubt, revolutionising how productivity can be enhanced. Integration of simple and complex processes are undergoing rapid changes and there is a definite slant towards innovative solutions. Cross functional processes across various industries are being integrated together and it not far when geospatial sciences and RPA will be integrated together. The benefits accrued from this integration will far outweigh the cons.

Keep following the page for more details on the technologies!