Login
Subscribe/Trial
Menu
Menu
Home Blogs What’s a VPN router and how to make it work?

The world is a scary place. The digital space is even more frightening. Security and privacy of our data have never been more critical. So many transactions today are carried out online from banking to shopping to catching up with friends. This has significantly increased our vulnerability to online threats. For example, when you visit a website on the internet, the website can use your IP address to ping your exact location and learn your identity. You can use a VPN to prevent this from happening and guarantee your security and privacy.

VPN stands for Virtual Private Network which is programming that secures and encrypts a connection over a public network. With VPN, you can send and receive data safely between your computer and the internet. The VPN routes your data through its servers before sending it to the website you are visiting so that no one is able to determine your identity and location. The data is carried through a secure VPN tunnel in an encrypted state to protect it from unauthorized hacker sniffing.

Apart from online security, there are many other benefits of using a VPN router, including bypassing censorship and access to region-restricted content, among others.

VPN pass-through functionality is supported by most standard Wi-Fi routers. A VPN user on a remote computer can install software on their remote device and initiate a VPN connection with their home or company’s network from any location. With a standard router, however, you must install the VPN software on every device before you can use it to connect to your VPN network. Once one remote device has logged in to the system, the connection cannot be shared with other devices on that network.

A VPN router, on the other hand, has a VPN installed directly into it. It has firmware that can handle VPN connections, meaning it establishes a secure connection for the entire site at the hardware level. With a VPN router, you can connect all your devices to your VPN network without having to make individual software installations. All connected devices-computers, smartphones, tablets, and smart TVs- can simultaneously receive continuous network access. You cannot go wrong with the Nighthawk series of Netgear. The AC2300 is a dual-band router that delivers fast performance close-range throughput. It offers subscription based, Bitdefender-backed Netgear Armor anti-malware security and Circle with Disney parental controls. It comes with a web-based Netgear Genie Setup wizard that makes installation a breeze and a user friendly mobile app that lets you manage your network remotel The WRT 3200ACM is a fairly priced Wi-Fi router that supports the latest Wi-Fi technologies and delivers blazing gigabit speeds. It boasts, dual band broadcasting, MU-MIMO support, and an impressive band throughput of 5 GHz which makes its file transfer performance second to none. The VPN router comes loaded with DD-WRT firmware which allows customization and access to all kinds of additional features. The ASUS GT-AC5300 is a tri-band router with eight antennas and eight Ethernet ports that give it Multi-User, Multiple Input, Multiple Output (MU-MIMO) data streaming capabilities. It delivers gigabit performance with a top speed of 5,334 Mbps. The router has the capacity to support multiple devices and its beam forming feature ensures that all devices in the house receive a signal.

What is a VPN Protocol?

In addition to selecting the best VPN for your home or business needs, you must also choose the best VPN protocol for your needs. A VPN protocol is basically a set of encryption standards and transmission protocols that VPN providers use to give their clients secure and stable VPN client-VPN server communications.

There is a range of VPN protocols available in the market today, and one of the most popular protocols is L2PT. It has no known vulnerabilities, and its double encryption provides users maximum security over the internet.

Everything about L2TP VPN

An L2TP VPN is a VPN service that provides access to L2TP protocol. It is common for VPN providers to offer L2TP in combination with IPSec to secure the data and traffic of their clients.

As its name suggests, Layer 2 Tunneling Protocol (L2TP) is a computer networking protocol used to tunnel L2 traffic over an IP network. It features the best of both Cisco’s’ Layer 2 Forwarding (L2F) and Microsoft’s Point to Point Tunneling Protocol (PPTP) and improves on them.  The primary purpose of L2TP is supporting Virtual Private Networks.

The L2TP is made up of two components, the L2TP Network Server (LNS) which authenticates and terminates the PPP stream and the L2TP Access concentrator (LAC) which physically terminates a call.

How does L2TP protocol work?

The L2TP protocol has two endpoints on the internet –the LAC and the LNS. Tunneling on the protocol begins when a connection is initiated between these two endpoints. After the connection has been established, a PPP link layer is enabled, encapsulated, and carried across the network.

Once you, the end-user, have initiated the PPP connection with the ISP and the LAC has accepted this connection, the PPP link is established. A free slot within the network tunnel is then assigned, followed bypassing of the request on to the LNS.

A virtual PPP interface is finally created when the connection has been fully authenticated and accepted. Link frames can now be freely passed through the tunnel and approved by the LNS which proceeds to remove the L2TP encapsulation and processes them as regular frames.

Encryption: L2TP protocol does not provide secure encryption on its own. L2TP/IPSec protocol supports up to 256-bit session keys, but this varies according to the algorithms in use. It works with 3DES or AES algorithms for improved encryption

VPN Speeds:  On its own, L2TP is very fast, but while using data encapsulation for improved security, speeds are relatively lower compared to Open VPN and PPTP

Compatibility: Most devices and operating systems

Advantages of using the L2TP protocol

Drawbacks of using the L2TP protocol

How to set up an L2TP VPN router?

The L2TP protocol is natively supported on Mac OS and windows, but it can run on multiple platforms. The whole setup process, regardless of the platform, is relatively painless. There are step-by-step guidelines on how to set up an L2TP VPN on the various operating systems. For example, on Windows and Mac OS devices where the protocol is natively supported, setting up L2TP involves following clearly laid down steps in the Network Settings to establish and configure the connection.

How to install an L2TP VPN on your router?

Installing an L2TP VPN on your router is relatively easy if you follow the instructions provided by your VPN provider. Before you begin the installation process, make a note of your default, internet settings in case you wish to revert to them later.

Each installation process differs depending on the VPN provider, but the essential first steps are: 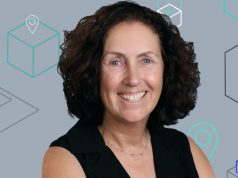 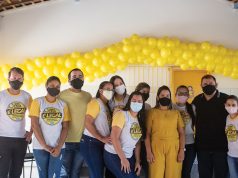