The GPS III is US government’s highly costly program, designed to include improved anti-jam features comprising the higher-fidelity M-Code signal for military users. Lately, the program has made news due to delayed launches, jamming & spoofing, “overselling” jam resistance, and most importantly, due to tough competition from China’s BeiDou. Let’s have a look at what is GPS III program all about:

What is GPS III?

The United States’ Global Positioning System (GPS) was fully operational on July 17, 1995. However, advancements in technology and new demands on the existing system led to need to modernize the GPS system. In 2000, the US Congress authorized the effort, referred to as GPS III. The project involves new ground stations and new satellites, with additional navigation signals for both civilian and military users, with improved accuracy and availability.

For the first time, the US Air Force is assigning nicknames to the GPS III satellites. The first one is “Vespucci”, after Amerigo Vespucci, the Italian navigator whose name was adopted by early mapmakers for the continents of the Western Hemisphere. The second satellite dubbed “Magellan”, in the honor of Ferdinand Magellan, the Portuguese explorer who led the first expedition to circumnavigate the Earth. The third one is nicknamed “Columbus”, after Italian explorer and navigator Christopher Columbus.

The first satellite in the series was launched in December 2018, and the tenth and the final one is expected to be launched in 2023.

What will GPS III do?

GPS III will have a 15-year design life, twice as long as some of the current GPS satellites. It will have three times better accuracy, which means the 5 to 10-meter accuracy of existing GPS technology will be slashed to 1 to 3 meters. The signal will also be more powerful, allowing it to overcome interference. The goal of GPS Block III is to provide enhanced signal reliability, accuracy and integrity. The satellites will build upon, or improve features included on the Block IIR-M and IIF satellites including:

It will also expand the technology, taking it to more people. The key to this expansion is the new L1C civilian signal, which is interoperable with other international global navigation satellite systems (GNSS). The L1C signal shares the same center frequency as Europe’s Galileo network, Japan’s QZSS and China’s BeiDou. In the future, GPS receivers will be able to collect location data from multiple global navigation satellite systems at once and use that information to provide accurate tracking.

What is GPS Anti-Jam M-Code?

A major component of the modernization process, a new military signal called M-code, is designed to further improve the anti-jamming and secure access of the military GPS signals. GPS III is expected to have up to eight times improved anti-jamming capabilities. The highly encrypted M-Code to protect GPS signals from jamming and spoofing currently is enabled on 22 GPS satellites of various generations; SV-4 makes 23; 24 are needed to bring the M-Code to be fully operational.

Earlier, the Space and Missile Systems Center had announced that on June 27, the Space Force took “a major step toward operational acceptance” of the M-Code, with Lockheed Martin’s completion of the M-Code Early Use (MCEU) hardware and software upgrade package for the GPS Operational Control System (OCS).

The upgrade allows the M-Code to be used not just by GPS III, but by all older GPS satellites that are M-Code capable (GPS IIR-M and GPS IIF satellites). It also allows M-Code functioning to be monitored by ground controllers, as well as supporting testing and fielding of user equipment.

However, OCS is Lockheed Martin’s stop-gap GPS control system built as a bridge to Raytheon’s long-troubled and much delayed Next Generation Operational Control Segment (OCX), which was originally designed specifically to handle the M-Code. The full-up OCX system is slated for delivery in 2021, and is expected to become operational in 2022.

In a major departure from previous GPS designs, the M-code is intended to be broadcast from a high-gain directional antenna, in addition to a wide angle (full Earth) antenna. The directional antenna’s signal, termed a “spot beam”, is aimed at a specific region (i.e., several hundred kilometers in diameter) and increase the local signal strength by 20 dB (10× voltage field strength, 100× power). A side effect of having two antennas is that, for receivers inside the spot beam, the GPS satellite will appear to be two GPS satellites occupying the same position. While the full-Earth M-code signal is available on the Block IIR-M satellites, the spot beam antennas will not be available until the Block III satellites are deployed. Like the other new GPS signals, M-code is dependent on OCX. 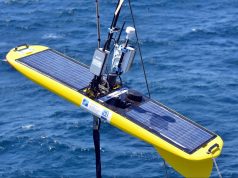 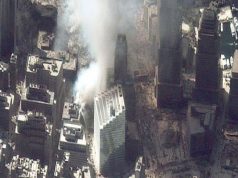 19 years to 9/11: Satellite images that captured the horrors 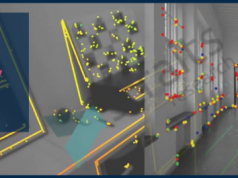 SLAM Technology: How companies are using it in AR 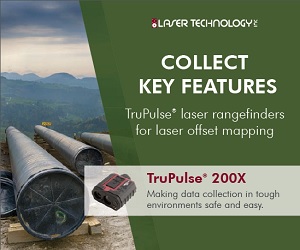