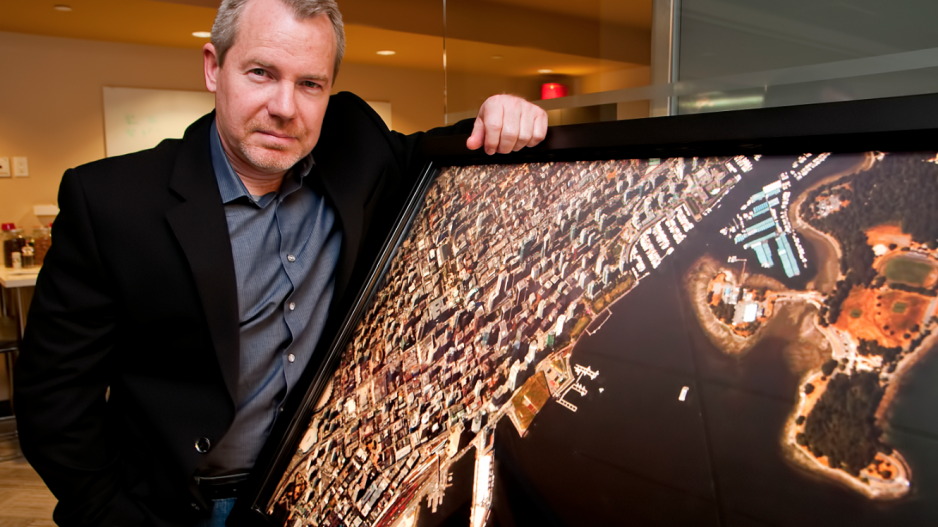 In a curious development on Friday, UrtheCast announced that its Founder Wade Larson is stepping down from his position as CEO. Larson, who was also a director, will now move into a new role as a special advisor to the Board focused on the strategic business development of the Company’s innovative SAR technology.

The Board has appointed Greg Nordal, a member of the company’s Board of Directors since October 2013, as the Interim CEO, while the initiates a search for a permanent CEO. According to a statement from UrtheCast, the decision was taken to refocus the operations of the company and execute on a performance improvement plan.

“We are delighted to have someone of Greg’s caliber and experience to lead the next stage in our development as a growing geospatial data and geoanalytics provider,” Tye Burt, Independent Chairman of the UrtheCast Board, said. He added that “the Board appreciates the contributions Wade has made to the Company from its inception and we look forward to his contribution in advancing the Company’s SAR technology business.” 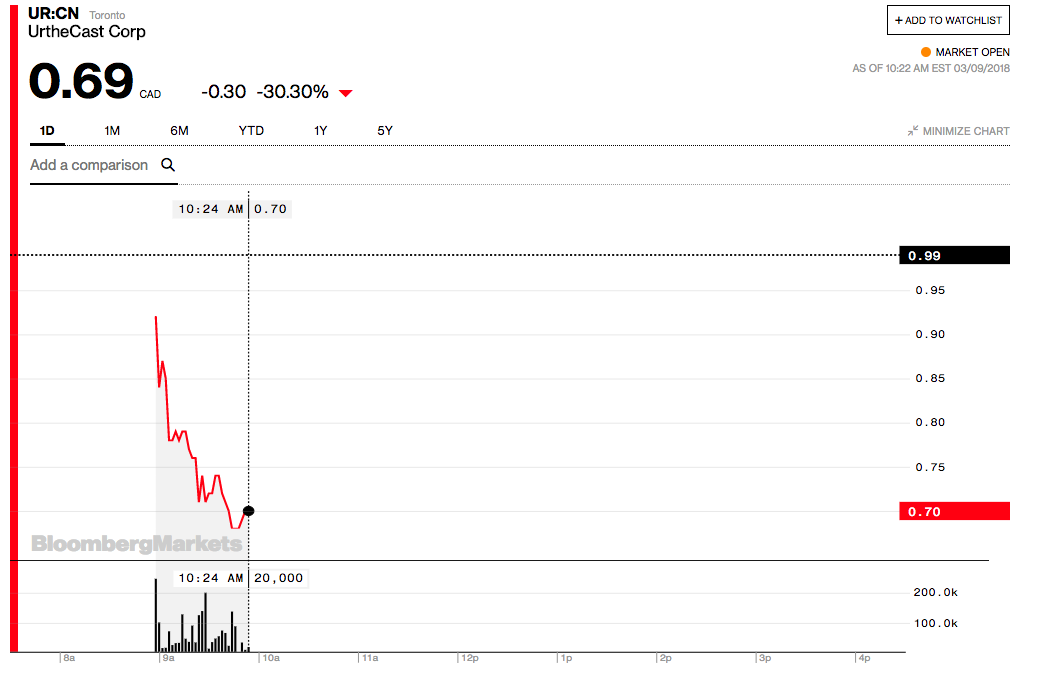 Urthecast’s stock had dipped 30.3% on the Toronto Stock Exchange on March 9 at the time of filing this story (10.16 am Toronto time)

Friday’s statement was candid in admitting that the steps are being taken by the Board of Directors to address the company’s financial position, which has run into rough weather in recent times. UrtheCast continued its loss-making streak in 2017, announcing a $5.3-million fall in third quarter earnings in November, following similar lackluster performance in the first two quarters. The company will host a conference call on March 19, 2018 to report on its 2017 fourth quarter and full-year financial results.

As part of this third quarter earnings release, UrtheCast had disclosed that it had obtained a waiver from its lender Banco de Sabadell S.A. with respect to its €25 million term loan in relation to certain financial covenants for the year ended December 31, 2017, and a six-month deferment of its required December 2017 principal payment obligation.

In addition to the change in senior management, the Board also announced that its top priority will be to execute the UrtheDaily debt financing and related subordinated capital or equity offering “as expeditiously as possible”. UrtheDaily is the company’s satellite constellation in the making which will capture high-quality, medium- resolution optical imagery of the Earth’s entire landmass (excluding Antarctica) every day. UK’s Surrey Satellite Technology Ltd (SSTL) has been contracted to build this constellation, subject to the closing and funding of the financing negotiations, and is planned to go operational by 2020.

UrtheCast needs at least $195 million for the UrtheDaily constellation. It is believed to be in active negotiations with a selected institutional investor for $140 million in financing for the constellation. This deal was earlier expected to be closed by January 2018 end.

How critical is its financial problem?

The statement also admitted that “due to the timing to complete the UrtheDaily financing and receipt of certain receivables, the company’s cash balance has decreased from approximately $25 million, as at the end of the third quarter of 2017, to approximately $12 million as at February 28, 2018”.

This is alarming since UrtheCast’s expenses are currently higher than the money it makes from its day-to-day operations, which means with a negative operating cash flow, the company has no option but to chip away at its cash reserves. Unprofitable companies operating in the fast-growing tech industry often face the problem of running out of money and cannot raise any more capital.

The company also said it is also refocusing its business, which includes a clear focus on the construction and development of the UrtheDaily constellation and deriving value from its SAR technology. UrtheCast is developing the world’s first fully-integrated constellation of sixteen multispectral optical and SAR satellites, called OptiSAR.