President Donald Trump has announced that he will withdraw the US from the Paris Agreement. The decision was condemned immediately by environmental campaigners, corporates and the political leaders with America and globally as well. However, Trump held out the hope of a compromise saying he would immediately start a process to develop a fairer deal that would protect American workers. The United States committed, under President Barack Obama, to reduce its own emissions by 26 to 28 percent, compared with 2005 levels, by 2025.

Environmental campaigners said the American absence will make it considerably harder for the remaining 195 countries to reach their agreed goals, given that the US is responsible for about 15% of global emissions of carbon and promised $3 billion to help other nations.

“Trump has abandoned the standard of American leadership, turned his back on what the public and the market demand, and shamelessly disregarded the safety of our families just to let the fossil fuel industry eke out a few more dollars in profits,” said, Michael Brune, Chief Executive, Sierra Club.

If talk about the historical emission, the US has been consuming coal, oil and natural gas since ages, and today the country, with just over 4% of the world’s population, is responsible for almost a third of the excess CO2 that is heating the planet. The US is responsible for more emissions than any other country, though it is not the world’s largest single emitter of greenhouse gases.

The above clock estimates how much greenhouse gas the world is emitting right now – and how much we have left to emit if we want to avoid catastrophic climate change. In just 24 hours, the world will pump out more than 112m tons (CO2-e). Courtesy: The Guardian.

The US is still the biggest producer of carbon emissions on a per-person basis. According to the latest data available from the World Bank, it is the second biggest CO2 polluter after China.

Under President Barack Obama, the United States committed, to reduce its own emissions by 26 to 28%, compared with 2005 levels, by 2025. However, the Trump administration made clear months ago that it would abandon the emissions targets set by President Barack Obama, would stop funding to help underdeveloped countries battle global warming, and cut research budgets aimed at finding solutions to climate change.

Although efforts to reverse global warming will continue among other nations, analysts worry that other leaders may follow the example of the US and put their own short-term political interests ahead of a long-term global campaign.

Trivia: The New York Times asked Climate Interactive to calculate when Americans would have run out of fossil fuel if the nation’s population had somehow, at the beginning of the industrial era, been allocated a share equal to those of the rest of the world’s people. The calculation was premised on limiting emissions enough to meet international climate goals.

The answer: Americans would have used up their quota in 1944, the year the Allied armies stormed the beaches of Normandy. 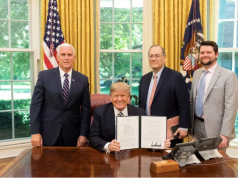 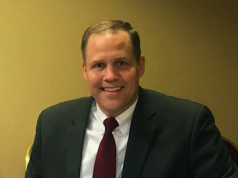 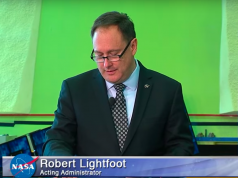