In a significant development that could have far-reaching implications for the geospatial industry, the UK government has announced its plans to set up a new Geospatial Data Commission to develop a strategy for using the government’s mapping data to support economic growth.

Acknowledging that the UK has some of the best geospatial data in the world — and much of it is held by public bodies – the Budget document says the potential economic value of this data is huge and provides £40 million a year over the next two years to figure out how to free up and commercialize some of this data.

“We support regulatory innovation with a new regulator’s pioneer fund and a new geospatial data commission to develop a strategy for using the government’s location to support economic growth and to help our tech start-ups reach scale,”UK Chancellor of Exchequer Philip Hammond said during his annual Autumn Budget speech on November 22 that has been widely appreciated as underscoring the government’s continued efforts to win over the tech world.

To further boost the digital economy, the government will work with the Ordnance Survey (OS) and the new UK Geospatial Commission, by May 2018, to establish how to open up freely the OS MasterMap data to UK-based small businesses in particular. The Geospatial Data Commission will drive and coordinate the geospatial agenda for the country and is proposed to be an independent body focused on unlocking the value of geospatial data.

Welcoming the announcement of the Geospatial Commission, Ordnance Survey CEO Nigel Clifford said, “It was a great opportunity to have a direct relationship with a single body that would represent all the policy needs of Great Britain and enable us to continue to serve these now and in the future.”

“We will continue to work with Government to support the development of the Geospatial Commission and its agenda, including how to open up freely the OS MasterMap data to UK-based small businesses in particular, under an Open Government Licence or through an alternative mechanism. This will complement and develop alongside our continued focus on our own ambitious strategy for OS,” he added.

“This creation of the Geospatial Commission in the Budget can only be the beginning of a major realignment of geo in UK government. Not the easiest timing for implementing however but good news without question,” tweeted Ed Parsons, Geospatial Technologist with Google.

The London-based Open Data Institute also welcomed the announcement as a great news for businesses, communities, and citizens across the country. AI expert Sir Nigel Shadbolt, Chairman and Co-founder of the ODI, said: “I’m delighted that the UK government is carrying through on the commitment in the Conservative manifesto to open up UK geospatial data. The data community has been pressing for this for many years. In particular, opening up the OS Master Map will stimulate growth and investment in the UK economy, generate jobs and improve services. The ODI is ready to work with the Commission to ensure that all the benefits attached to opening up this data are fully realised.”

ODI is an independent, non-profit company co-founded in 2012 by the inventor of the web Sir Tim Berners-Lee and AI expert Sir Nigel Shadbolt to address today’s global challenges using the web of data.

Woo-hoo! Now you are talking … https://t.co/EJV6HYGCLt

The Budget document specifically mentions that the moves are aimed at maximizing the growth of the digital economy and consolidate the UK’s position as the best place to start and grow a digital business.

Geospatial data is a necessary component not just of mobile apps and other basic mapping services, but it will be an essential part of driverless cars, immersive technologies and even artificial intelligence and FinTech, which Chancellor Hammond’s speech specifically focused on.

The OS Master Map provides the most detailed landscape data in the UK. Making it easier to find and use data will help people start new businesses that could grow globally, or tackle local problems that impact people’s lives.

Among the initiatives, Hammond also provided for a range of investments for new technologies like artificial intelligence and 5G that add up to over £500 million ($663 million); wider tax breaks and other schemes to bring more investment into the technology sector; and laying the groundwork for making it easier to build and test new technology in the country. The announcements also mention new rules that will let companies test self-driving cars without safety operators.

Interestingly, in its pre-election manifesto, the Conservative party had announced the Digital Land Review and outlined plans to investigate the value and role of geospatial data in the UK. The first conclusions of the project were announced in the Autumn Budget.

Clifford pointed out that whilst recognizing the existing value of OS geospatial capability in Great Britain, the review concluded there is significant opportunity to generate economic growth through more effective, coordinated use of the vast range of geospatial data captured and managed on behalf of the government. The UK Geospatial Data Commission is only a logical conclusion of that effort to capture the full potential of that growth.

“This is great progress. Open access to OS Master Map isn’t just useful on its own: it will remove current legal barriers that limit the availability of other data – from the foreign ownership of land to the locations of parking spaces – which is essential to understand and tackle housing and transport challenges,” said Dr Jeni Tennisson, Chief Executive, ODI. 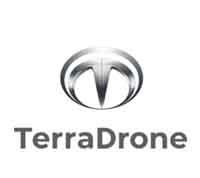 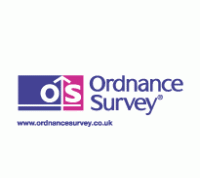