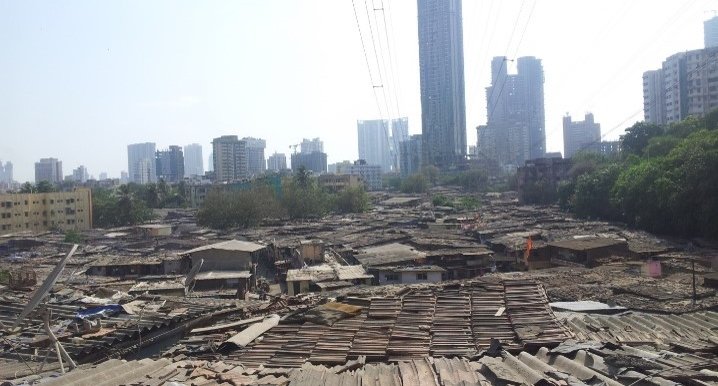 Slum mapping in India has been a major push through the Pradhan mantri Awas Yojana – Housing for All program. There have been major challenges however in doing reliable slum mapping, to establish the property ownership and size.

The limitations of GPS in such environments, inability of aerial mapping to clearly demarcate the boundaries etc. has always been discussed.

Mark Reid, Chief Operating Officer at Geoslam wrote on a pilot project where they did slum mapping in Mumbai, where they used the GeoSLAM ZEB-REVO handheld laser scanner for this project. Here is what he has to say on slum mapping, the challenges and the solutions as he wrote in his post on LinkedIn.

Challenges with using geospatial technologies in slum mapping in India

Photography from aircraft, satellite or drone is often the quickest way to start to build up a map. However, in an informal settlement it is almost impossible to define ownership boundaries purely from the air alone due to multiple residences within the same structure or a large mass of buildings. Furthermore, passageways and alleyways between properties can often be very narrow and hence not wide enough to drive a vehicle based mobile mapping system. There is therefore a need for a cost effective, mobile, quick and simple means to map and define property boundaries in such environments. So, an need for effective slum mapping in India needed a new approach.

This pilot was part of the Mumbai Slum Rehab project to survey the slums to establish property ownership and size, such that the families can be relocated in purpose built housing. The complexity and density of the slum meant that a solution that could work in GPS deprived environments was essential. Previously backpack mobile mapping systems had been utilised however in some areas the alleyways, at less than 0.5m, between the dwellings were simply too narrow to access with a hefty backpack.

With the GeoSLAM ZEB-REVO handheld mobile mapping system the project team was mobilised to the site and initialise the data collection within minutes. The simplicity of the system meant that it was possible to quickly train a less experienced operative to undertake the data acquisition. The sprawling maze of narrow corridors and dead ends did not prove to be a problem for the robust SLAM algorithm and we were able to accurately map 640 dwellings in less than one and half hours.

Here is a map that was an outcome of the pilot and this provides a possible solution for slum mapping in India.