The Swachh Bharat mission, literally meaning Clean India mission launched by the Prime Minister of India, Narendra Modi on 2 October 2014, which initiated clean up drives and initiatives across the country.

This drive is largely supported by many celebrities, well known politicians and public figures who joined in this initiative. However, a large support came from the inspired the citizens who took up various clean-up drives across the country. Many grassroots movements were there already and many sprung up in various cities and localities, who are now actively taking up various clean-up drives. But who are those people, which are those cities that are leading these initiatives?

For this, one should refer to this map 'Grassroots initiatives to clean India’. Right from South of India to the North, East to the West – the map currently shows 11 initiatives across India, that are leading such initiatives. It is inspiring to see these drives even at smaller towns like Aurangabad, Kolhapur and Rajahmundry, that are there in the list.

The person behind this map is Ms. Julie Maitra from USA whose married to an Indian-born. She writes "I created a Google map https://goo.gl/maps/57yEu with pins for grassroots initiatives to clean India, at the city level. Several of these initiatives, especially the “Rising” teams were inspired by The Ugly Indian, https://www.theuglyindian.com/.”

"I support the PM's Clean India campaign. While there is a lot of merit in tagging public figures to do clean-ups and photo ops, grassroots initiatives should also be recognized. My purpose in creating this map was to link the activities together. Top-down meets bottom-up.”

If you are taking up such an initiative, or heard about one, write to her with details on the initiatives – Name, description, city, state, web site, social media, etc. She want clean-up map pins to fill the whole of India! 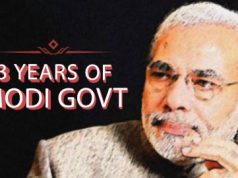 Scientists are coming back to India, says Science and Tech minister of India 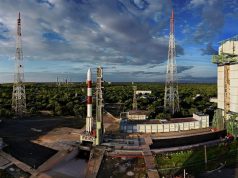 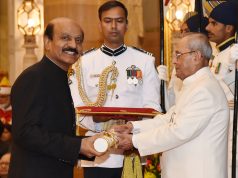