Leif Granholm has been involved with BIM and geospatial from the beginning, joining a startup software company named Tekla Oy In 1979. He has spent 30 years at Tekla doing everything from programming to sales to BIM ambassador. Construction and BIM became the focus of his work a little over 10 years ago. Prior to that, geographic information systems was his focus, so he is familiar with both BIM and geospatial.

Leif first asked the perennial question what is BIM, is it software, process, technology or what ? In his view there is no practical consensus on what BIM is – everyone to speaks about BIM feels impelled to include a section on what is BIM. Probably the most common perception of people in the industry is that BIM is software. Others descriibe it as a process, model, or a populated database describing a facility. Leif’s favourite is that BIM is a Technology. But other semantic information is also required and this is where the geospatial dimension comes in. Examples are terrain models, cadastral (parcel) information, zoning information and utilities.

The geospatial community is becoming increasingly aware of 3D technology. It is used for 3D cadasters, digital terrain models, architectural and engineering design and modeling entire cities in 3D. To support this trend new standards are being developed by the Open Geospatial Consortium (OGC) such as CityGML and IndoorGML, InfraGML, KML and 3D services in collaboration with web3D (webGL, X3D). And at the last OGC Technical Committee meeting, the Charter Meeting for a new Urban Planning Domain Working Group (DWG) was held. BIM–Geospatial integration is a very hot topic. Several standardization initiatives are ongoing including ISO BIM-GIS Ad Hoc Group, the OGC-building SMART alliance partnership, the InfraBIM project to extend Industry Foundation Classes (IFC) for infrastructure (roads, railways, bridges, tunnels, and dams). There is a joint project to develop conceptual schema of alignments of InfraGML and IFC. There is also an initiative to generate CityGML and IndoorGML from IFC. The V-Con project is designed to enable Dutch and Swedish traffic authorities to use BIM for the whole life cycle of roads and railways. 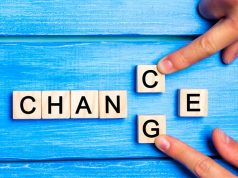 COVID-19: When a crisis becomes a catalyst for change 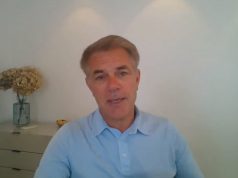 Ola Rollen highlights how automation can lead to a sustainable world